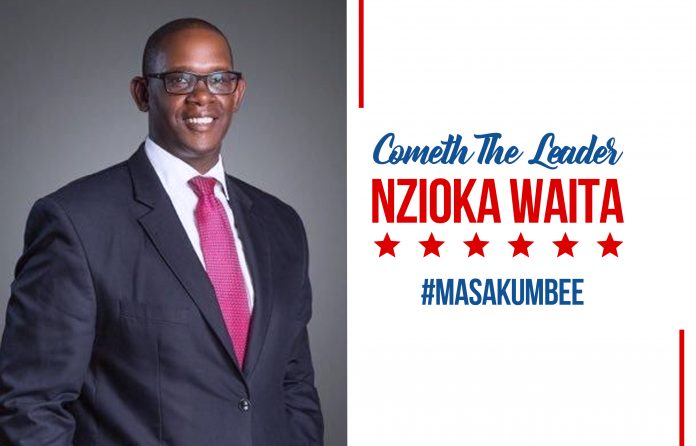 36 sitting and former Machakos County MCAs want Uhuru’s Chief of Staff to be the next governor.

The leaders said during a meeting in a Machakos Hotel that Nzioka Waita is the best suited to succeed Governor Mutua.

The leaders said Machakos County requires a Governor who understands state power and said Nzioka Waita is the best positioned for the role.

Led by Caleb Mule, they said the Chief of Staff understands where political power is headed, having served as Uhuru’s right-hand man for the last seven years.

They demanded that Waita joins Wiper Leader Kalonzo Musyoka in uniting the country.

“We want Kambas to be respected as serious stakeholders in Governance. This can only come through injection of new political faces”, he said.