These are the men who have ensured that Kenya’s sovereignty is protected. Since independence, they have held together platoons upon platoons of highly trained men and women. A glimpse of these heroes and heroines is discerned at parades during national days. So who are the men who have moulded Kenya’s Military into a mean war machine feared, respected and adorned at home and away? 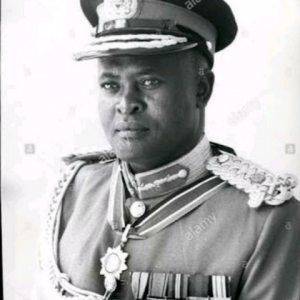 He was educated at the African Inland Mission School in Machakos before joining the Kings African Rifles Education Services for higher education.

He enlisted in 1942 to the then Kings African Rifles and served in the World War II in Malaysia.

Mulinge rose through the ranks to Warrant Officer Class One in 1956 and was the first African officer in Kenya to be commissioned as a 2nd Lieutenant in 1961.

He was appointed Platoon Commander in the 3rd Battalion Kings African Rifles (3KAR) and was later promoted to become rank of Major General in 1971. 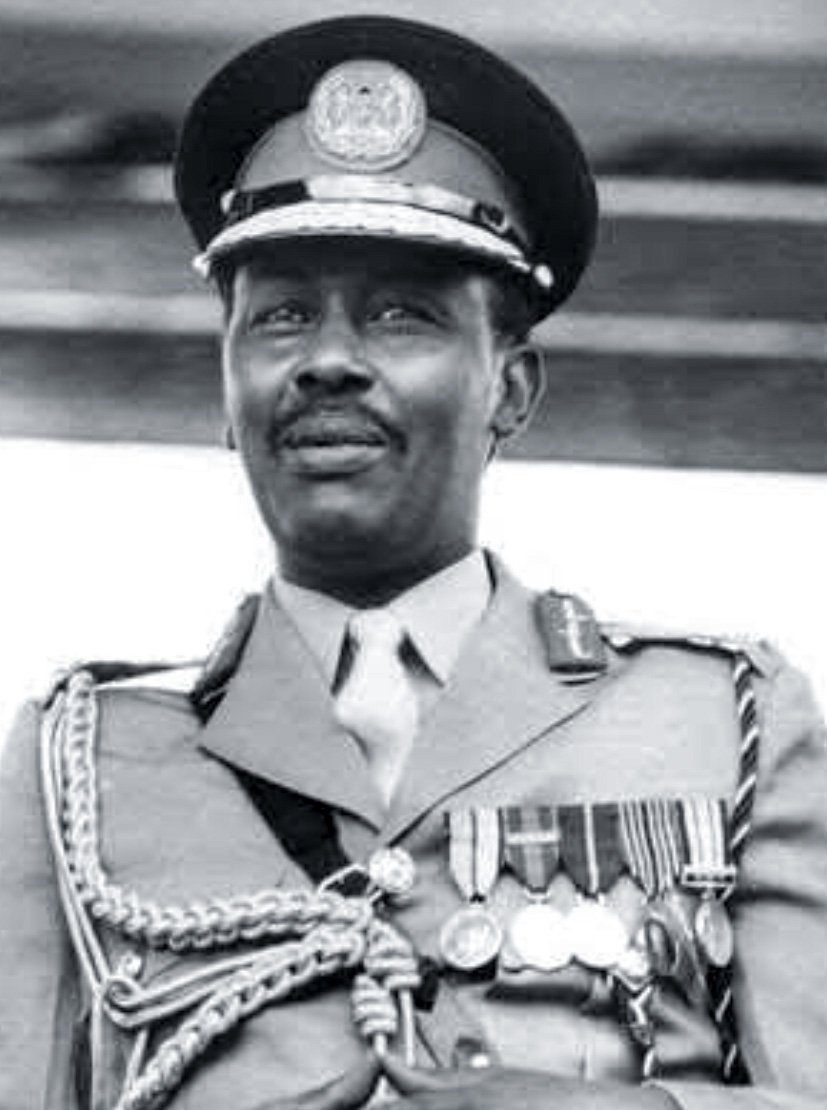 He was the Kenya Airforce Commander in 1982 when he was actively involved in crushing the coup attempt against the government of President Daniel Arap Moi.
Gen. Mulinge is remembered for crashing a rebellion by a few air force soldiers in 1982.

He took over as Chief of General Staff from General Mulinge in 1986 and served in that capacity for ten years until 1996.
He was the general who neutralized the mutineers in 1982. 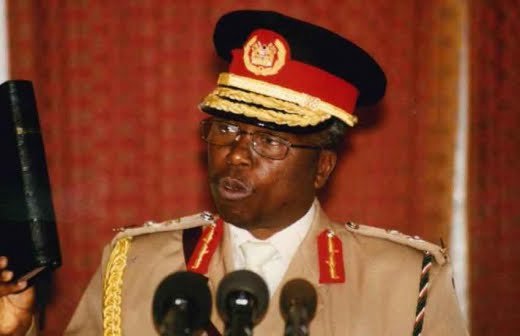 Popularly known as the CGS who reformed the military, General Daudi Tonje was appointed the Chief of General Staff in November 1996 and served until 2000.
He lives a quiet life in Baringo County. As CGS, he introduced measures to professionalize the force including allowing women soldiers to marry and ensuring that promotions in the force are pegged on academic performance. 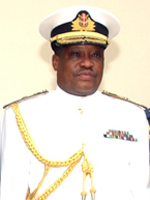 General Joseph Kibwana joined the Kenya Navy in 1964 and was commissioned as a Lieutenant on January 1, 1967.
He served in various senior ranks in the Kenya Navy and was also Chief of Military Intelligence from 1982 to 1985.
In May 1998, he became Lieutenant General and took over as the Commandant of Kenya’s National Defence College.
He became Chief of General Staff on December 1, 2000 and served until 2005. 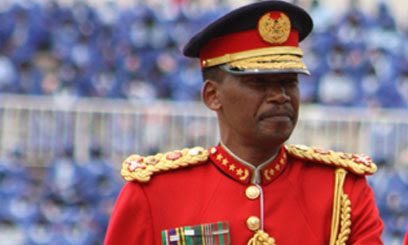 General Jeremiah Mutinda Kianga joined the Armed Forces in 1971 as a Cadet Officer and was commissioned in 1973.
He served the force for more than 40 years in various capacities including diplomatic, staff, command and training establishments, rising through the ranks to the top.
He served as Defence Attache, General Officer Commanding (Eastern Command), Deputy Commander and also Commander of the Kenya Army.
He was appointed the Chief of General Staff on September 1, 2005. 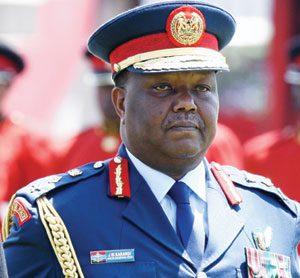 This is the General who commandeered the Operation Linda Nchi in Somalia.
The operation, so far highly successful has managed to keep terrorists away from our borders. Karachi joined Kenya Air Force in 1973 and after Cadet training in UK, he was commissioned as an officer in 1974.
After qualifying as a Flight Navigator in October 1975 in the Royal Air Force in England, he was posted to Flying Wing Kenya Air Force where he worked as a Navigator. 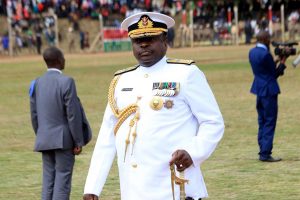 General Mwathethe was born in Malindi and educated at Shimo La Tewa and Sacred Heart High Schools Mombasa.
Mwathethe joined the Kenya Navy in April 1978 and was commissioned in 1980 as a Seaman Officer after attending Britannia Royal Naval College, Dartmouth, UK.
Hi professional and military training includes International Sub-Lieutenants Course (UK), International Principal Warfare (IPWO) Course (UK), Missiles Course (ITALY) and the Royal Naval Staff College, Greenwich, (UK) in 1989
Before he served with the United Nations as a Military Observer in Kuwait/Iraq and Yugoslavia in 1991/92.