Campus Life: The love for money and sponsors 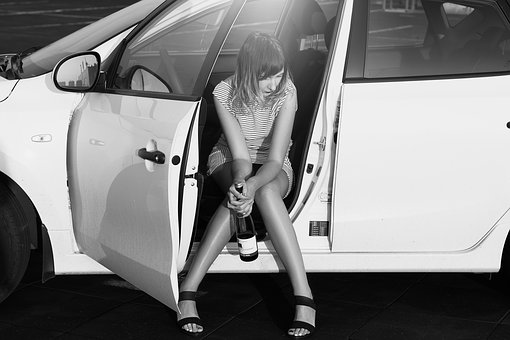 You cannot mention university or College life without mentioning a sponsor.

According to Cambridge dictionary, a sponsor is a person or company that supports a person, organization, or activity by giving money, encouragement or other help.
But times have changed. Nowadays when we talk about sponsors we are talking about older married men or women who date younger people for sexual favors and in return they pamper them both financially and materially.

Young people in universities, especially ladies, have joined this trend. They sleep with old married men twice or thrice their age so that their financial needs can be met. Depending on the amount of money they are given, the ladies can change their hairstyles as many times as they want to, don in the latest trends in town, go on expensive holidays, rent an expensive apartment and enjoy the city’s night club adventures.

Usually, there is an agreement; a lavish lifestyle in exchange for a few sleep overs when the man is in need. Most of the sponsors are usually married, have children and that means they cannot settle down with their side chicks. Upon further investigation, some ladies reveal that it’s not wise to fall in love with such men because they can never leave their family for you.

Most young ladies have confessed that as long as the sponsor meets her needs then she is good to go. As long as she can dress well, look nice, dine expensively and travel around then what’s the big deal with warming the old man’s bed or accompanying him on business and leisure trips abroad?

Some years back you would be shocked to hear that a young girl has a sponsor but nowadays the society has made it to be something okay to do. People get surprised when a young lady doesn’t have a sponsor.
One would ask, “If the older men are needy why don’t they run to their wives instead of wasting a fortune on young ladies?”

From the look of things, monogamous marriages are a thing from the past. Older men are in the hunt of good sex and young & unemployed ladies are willing to give it to them irrespective of the price they have to pay.
Due to the hard times; high rate of unemployment, increased cost of living, graduates have also found themselves dating sponsors.
Most of the times, these young ladies do not know the source of income of the money they are given.
Is the materialistic stuff so important such that young ladies are willing to sell their bodies and exploit their sexual value for financial gain?
The sponsor syndrome has brainwashed a lot of ladies such that some believe that they do not need to work hard because eventually they will look for a sponsor who will sort their financial needs and help them live the life they want to. They say that nothing in life can be handed to you over a silver platter but nowadays ladies have found the easy way out.
Are these young women worried about their value, getting STIs or destroying their reputation?

A recent graduate admitted that she has no regrets for having a sponsor. She is living life in the fast lane and soon her sponsor will be buying her a car.

“Why should I regret for living a good life? Why should I be shameful about it? I am living a luxurious life because of the sacrifices I made. I am happy about it” she says.

One disadvantage with sponsors is that they are never faithful. First, they have a wife and most probably the wife will have a “Ben 10″ who satisfies her in bed. That means that there are higher chances of getting an STI or even AIDs. And if the older guy has the financial ability to sponsor you then probably there are other women.

Peer pressure has made it worse especially for ladies who look up to the likes of Kim Kardashian, Vera Sidika or huddah as their mentor. Most of the ladies nowadays prefer older men because they are financially stable, have time for them, treat them right, shower them with gifts & money, and above all, are mature. Even though some are not good in bed because of their age, this is not an issue because the money supplements the weakness between the sheets.

If our ancestors heard of the Sponsor syndrome am sure many would resurrect and curse the young ladies indulging in the taboo.
The bitter truth is the sponsor business is not any difference from prostitution. The lady selling her body in Koinange street and the one doing it at the comfort of her house, are just the same.
Even financial stable women with good careers have fallen into this trap. Is it because of greed, lust, or pressure from the society?

Some of these ill and selfish relationships have led to loss of lives.
Sharon Otieno, the 26-year-old student who was killed in Homa-bay was Governor Okoth Obado’s girlfriend. He confessed that they had an affair but he declared that he had nothing to do with the murder.
Mercy Keino a 25-year-old was found dead along Waiyaki way after she attended a party hosted by former Kiambu Governor, William Kabogo. It is believed that he had something to do with her murder.
Carol Ngumbu was found dead alongside slain IEBC ICT boss, Chris Msando. Her family denied that the two were in a relationship.

Most of the ladies have justified their reasons for having a sponsor, but how far can one go just to make sure that they live large? And are they really necessary?