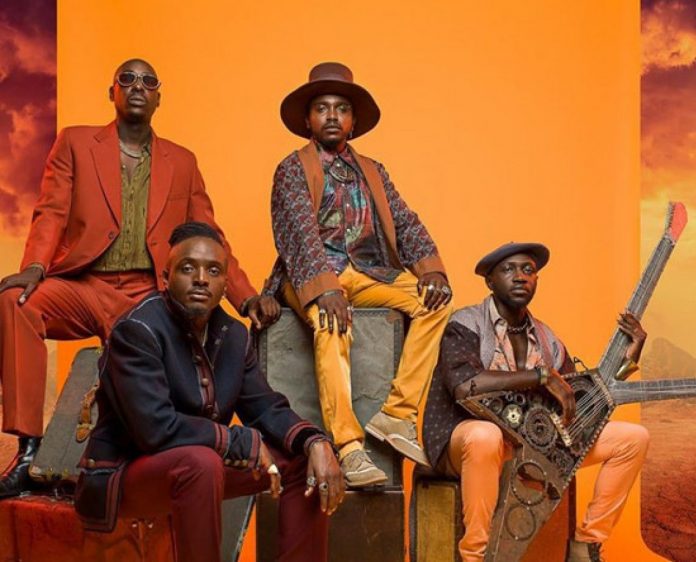 After the sol concert was canceled on Saturday one of the food vendors has accused the Sauti Sol of arrogance. Through her YouTube channel, the owner of Kari’s kitchen claims she incurred a loss of 300k after procuring food for the event which was then canceled at the last minute she also added that the reason they gave for the cancelation of the event had nothing to do with the covid-19 but with the stage setup.

“I was contacted by event managers from mass house groups and tukutane entertainment and asked me if I wanted to be a food vendor at the event I was excited at the prospect because they told me the headline act will be sautisol at first I was one of the general vendors at the general section and then about two weeks ago they sent another message saying they wanted me to be a food vendor for the VIP section holding around 500 people.”

“for this event I spent 300k which I acquired through a loan currently I have 500 burgers in my freezer, 200 hotdogs, 63kgs of chicken wings four liters of sauces and 20 liters of ice-cream for the milkshake I also had to buy a freezer and higher another one I bought banners for branding and now they are just sitting in my house.”

“At 9pm on Friday he told me that the event was not going to happen. I was in tears and I really needed an explanation as to why the event was cancelled.”

“I don’t think I have ever had a panic attack as big as this one  I was almost going to hospital there is no way I could have spent 300k  on food and on my way to the event  am being told all the food is going to go to waste it didn’t make sense  to me .”

When I asked why they cancelled the event sauti sol said the stage was not good enough and on the poster they released they said it was due to the pandemic but it has been here for a year. You cannot come out hours to the show and call it off. what really hurts me is that they were paid $30,000 to perform but they were too arrogant and selfish to perform  so much had work was put in to this even and all they had to do was show up even for 30 minutes

“Although we deeply desire to give you a marvelous show we cannot assure you of your health and safety which is our highest priority with the recent spike in infections and deaths we cannot endanger your lives.” Read a part of the statement