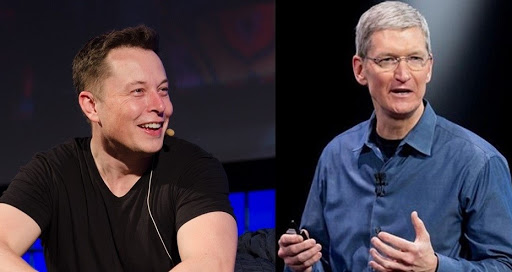 Tesla CEO Elon Musk said on Twitter on Tuesday that he attempted to sell the company “during the darkest days of the Model 3 program,” but that Apple CEO Tim Cook “refused to take the meeting. “

“I reached out to Tim Cook to discuss the possibility of Apple acquiring Tesla (for 1/10 of our current value),” Musk said in a tweet.

Musk said on Twitter the Reuters report was “strange, if true” and added in a second tweet that he approached Cook about a possible sale during the early days of Tesla’s Model 3 program, the mid-market sedan that hit the market in 2017.

In August of 2018, Musk claimed on Twitter that he was considering “taking Tesla private” with “funding secured. ” That tweet turned out to not be true, and after an investigation by the Securities and Exchange Commission, Musk agreed to a settlement that included a provision that he would have tweets concerning “any information about Tesla’s financial condition” or “potential or proposed mergers” reviewed by an “experienced securities lawyer. “

Musk has said that Tesla was nearly bankrupt at several points throughout its 17-year-history.