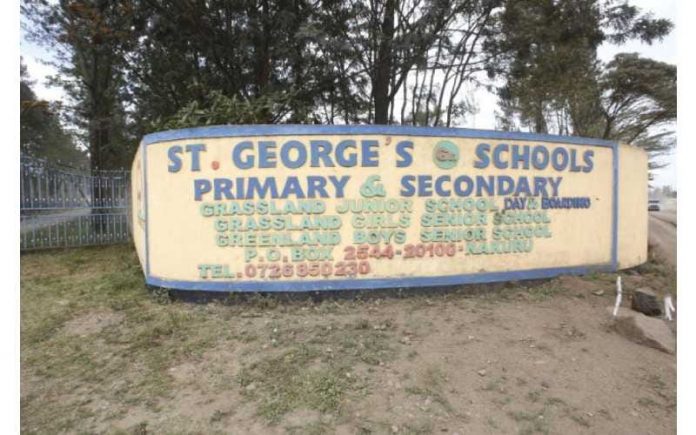 An 18 year old girl sneaks out of St George’s Grassland High school where she was detained by the school management for allegedly not paying up her balance of 9,000. – By Stephanie Mwangi.

Miriam Omanga completed her last exam in April 19th but the management told her she couldn’t leave until she clears up the fee balance.

Miriam comes from Mombasa and she had already booked a bus back home to be with her family but the school had other plans for her.

Miriam said the secretary had cleared her already but asked her to see the principal for further directions, but the principal denied her permission to leave the school premises.

So Miriam decided to sneak out of the school by accompanying another parent who was there to pick her daughter and when she arrived to Nakuru town she went to a friend’s place where she spent the night.

Her mother Maurine Anyango said that she received a call from her daughter while in school informing her about the whole situation.

“I tried pleading with the management to release my daughter as I looked for money to clear the balance but they refused.” she went on to contact the education officials in Mombasa who spoke to their counterparts in Nakuru but by the time they resolved the issue she had already sneaked out of school .

Miriam also said that she was not given a pass to leave school or a letter to facilitate her travel to Mombasa since Nakuru was under partial lockdown.

The principal also said that journalists had been paid to follow up on the issue and questioned why she can’t use that money to clear up her debts.