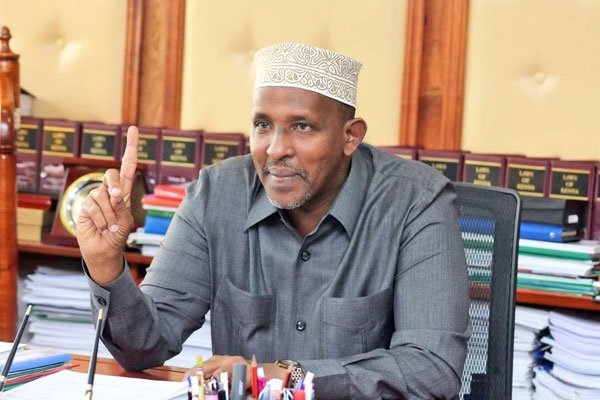 Former House Majority Leader Aden Duale has revealed that he has no grudge towards Jubilee party leader Uhuru Kenyatta and other members for his sudden removal – By Gerald Gekara.

“I was able to push through the agenda of the Majority Party effectively. The results are out there and they speak for themselves and hence I will not belabor to lay out the same. I was not removed for inefficiency, or lack of delivery, but it is simply the cycle of the career of politics. I therefore harbor no ill feelings or grudge.” He said.

Appearing in the Parliament deliberations, Duale thanked President Uhuru Kenyatta, the Deputy President Dr William Ruto, and the Jubilee Party allowing him to serve as a Leader of Majority Party for seven years.

Duale went on to ask for forgiveness to those he may have wronged.

“Allow me to unconditionally ask for forgiveness and apologies to anyone, in this House and outside, who I may have offended in the course of executing my duties–I was doing my job.” said Duale.

Kipipiri Member of Parliament, Amos Kimunya in his acceptance speech, thanked Duale for the work he has done

“I have been learning from him without necessarily thinking that I would one day take over from him.” said Kimunya.

Aden Duale was removed from his seat in a parliamentary group meeting held at the KICC, by the Party Leader, President Uhuru Kenyatta.

During the meeting held at the Kenyatta International Convention Centre (KICC) in Nairobi, the PG discussed a petition made to the Party Leader regarding the Coalition’s National Assembly leadership and made the following changes:

READ  Why looming constitution change is fueled by power struggles

2. Appointed the Hon Adan Keynan as the new Secretary of the Jubilee Coalition National Assembly PG.

Eyes on IEBC as Kenya edges 2022 politics, and BBI referendum