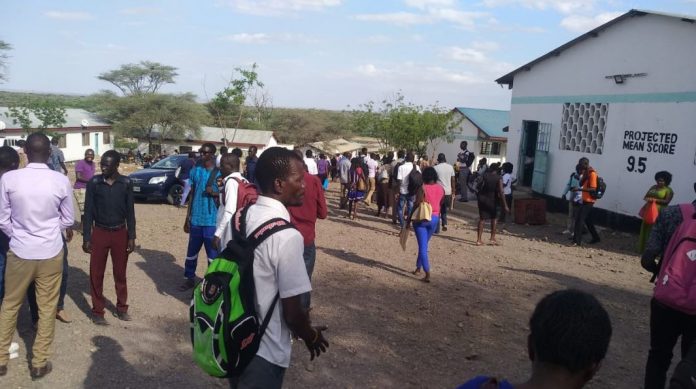 Expect to spend 30 minutes on average with enumerators from the Kenya National Bureau of Statistics (KNBS) when the 2019 population and housing census begins at 6 pm, Saturday the 24th of August 2019, to close 6 days later on August the 31st.

Enumerators could spend a little less or more time in each house, depending on the size of the particular household, after which they will be expected to write a number on the door or at any visible place on the structure to indicate that counting has been conducted in the household. In the event that there is no structure, a structure numbering card will be issued to the household after enumeration.

All persons who will be within the borders of Kenya on the census night will be counted. This will include persons found in the households, outdoor sleepers, persons on transit, individuals in hotels and lodges, and institutions such as hospitals, prisons and army barracks among others.

Should you not have been counted by the time the exercise concludes on August 31st, the bureau advises that you report to the nearest local administrative office. Kenyans living in the diaspora will not be enumerated but household members will be asked to provide information on any Kenyans who may have migrated within the last 15 years.

Ahead of the census, the bureau says it’s all systems go, even as it embarks on an aggressive public awareness campaign to ensure data on the latest population and related aspects is accurately captured to facilitate efficient planning and service provision by both national and county Governments.

This is the 6th time Kenya will be conducting a population and housing census, since the first one was carried out in 1969.

However this is the first time all personal data will be captured electronically, that is using a mobile devise (tablet) in what KNBS says will enhance accuracy, data security and faster processing, with preliminary results due out within three months after the conclusion of the exercise.

Census information will be held in strict confidence by KNBS and will be used for statistical purposes only. All census officials will swear an ‘oath of secrecy’ as required by law. KNBS has also sought to assure the country that Individual particulars will not be made public, this coming after concerns have been raised over possible data security breaches.

On Wednesday, President Uhuru Kenyatta signed into law the Statistics (Amendment) bill 2019 giving the Kenya National Bureau of Statistics professional independence and an expanded mandate. Consequently, KNBS can now seek legal advice or representation from the Attorney General’s office, collaborate or assist county Governments or any other institution to produce official statistics.

“Professional independence means independence in the production and dissemination of statistics without interference or influence by any individual, interest group or political authority”, the new law stipulates.

This is expected to shield KNBS from political manipulation and avoid incidences like witnessed during the last census in 2009 when it was accused of inflating Northern Kenya numbers.

Data collected during the upcoming exercise will be key in determining allocation of resources amongst counties, this being the first time a population census is being conducted under the devolved system of governance.