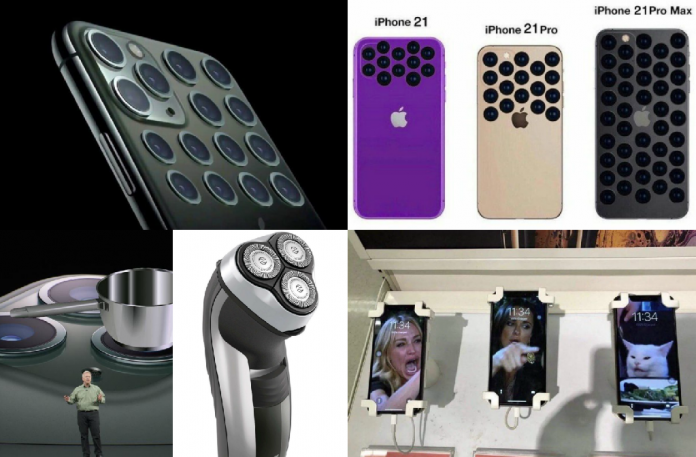 Although appearing as the cheapest iPhone device launched since its inception, the phone recieved massive ridicule after fans lashed out at its boring design.

We sampled some of the good ones;

The iPhone 11 smartphone runs on iOS v13.0 operating system. The phone is powered by Hexa Core (Dual-core + Quad-core) processor. It runs on the Apple A13 Bionic Chipset. It has 4 GB RAM and 64 GB internal storage.

It is backed by a 3110 mAh battery. Connectivity features in the smartphone include WiFi, Bluetooth, GPS, Volte, NFC and more. via Gadget Now