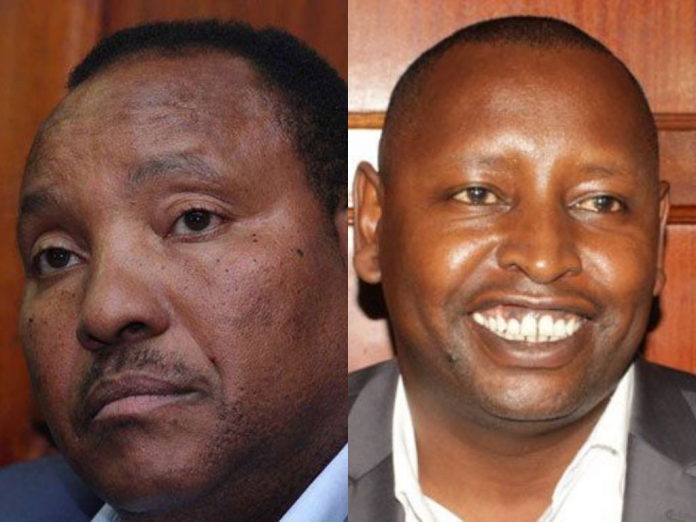 The EACC has established that M/S Testimony Enterprise owned by a Mr Charles Chege and Ms Beth Wangeci Mburu, who were close associates of the governor, had earlier been paid Sh147.3 million. They were then paid the Sh588 million for a tender to upgrade various roads as had been advertised by the county on February 12 on a local daily under the tender title “Proposed improvement of various gravel roads to bituminous standards in Kiambu”.

The projects, according to the county’s estimates, were to cost Sh610 million with each kilometer gobbling up Sh29 million.

Further, after scrutinising the statements, they established that on various dates, the firm paid a cumulative amount of Sh25.4 million to Saika Tw

Estate Developers Ltd where Mr Waititu and his daughter are directors. The firm was also awarded several other contracts amounting to over Sh74 million. Once the monies were paid by the county government, Sh25.6 million was remitted to entities associated with the governor.

On Tuesday, Chief Magistrate Lawrence Mugambi barred Waititu from accessing his offices until the case is heard and determined.

He said since the governor had been” barred from office” by the court there was no way he was going to work effectively for the people of Kiambu which is why they were seeking to oust him through the assembly.

Others in hot graft and political siege are Samburu Governor Moses Kasaine who is being investigated over a Sh84-million-fuel-supply scandal involving his county government.

Marsabit county top officials were also questioned on claims of irregular employment. Garissa county government is being investigated over employment of staff using forged documents, over-staffing and lack of adherence to employment procedures.

Machakos is on the radar for receiving Sh50 million from the Danish government, whose expenditure is being queried.

Under scrutiny also is ex-Nandi governor Cleophas Lagat. Mr Lagat who is being investigated for floating a Sh103.4 million tender while in office for the construction of county headquarters, with EACC reports showing the amount was grossly exaggerated to the tune of Sh20million and the work is yet to be completed.