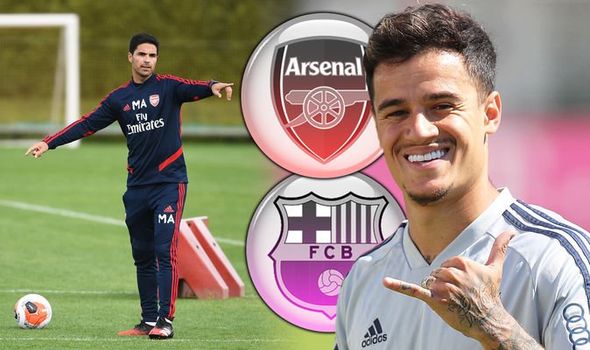 Arsenal is set to begin talks with Barcelona midfielder Philippe Coutinho’s agent. The Brazilian 27-year-old has spent the season on loan at Bayern Munich but the Bundesliga champions will not pay the £105m required to make the deal permanent. (Le10sport – in French)

Paris St-Germain are negotiating an agreement with Arsenal in an attempt to sign forward Pierre-Emerick Aubameyang, 30, for £34m. (Todofichajes)

Juventus striker Gonzalo Higuain, 32, could return to the Premier League after a disappointing loan spell with Chelsea – Newcastle and Wolves are both interested. (Express)

Wolves striker Raul Jimenez, 29 and valued at £57m, is being monitored by Manchester United, Arsenal and Real Madrid. (Tuttosport – in Italian)