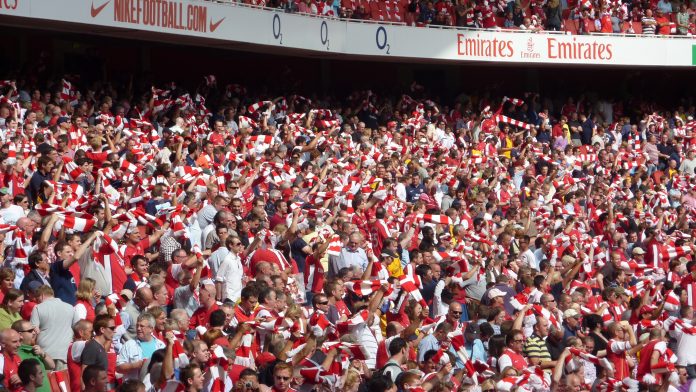 Fans may be allowed to attend Arsenal’s home Premier League fixture against Sheffield United on 3 October.

The Gunners hope they will be able to have supporters inside Emirates Stadium on a reduced capacity basis and in line with UK government guidelines.

Initially, only gold season ticket holders and premium members will have priority access to tickets.

Football has been played behind closed doors since its return in June after the coronavirus shutdown.

On Saturday, football fans were allowed into a Premier League ground for the first time in almost six months as 2,500 people watched the friendly between Brighton and Chelsea at the Amex Stadium.

That came as part of the government’s latest pilot scheme, with more to be announcenced

Arsenal play West Ham United on 20 September in their first home game of the new season but it will be played without fans.

The north London club said they hope “to be able to safely increase the capacity” during the 2020-21 campaign, which starts on 12 September.

Social distancing would be in place if supporters were to attend the Blades’ visit to Arsenal, while there would also be other measures, including the introduction of new hygiene protocols and intensive cleansing routines.

Anyone attending the match would also have to agree to a code of conduct devised in line with the government guidelines.