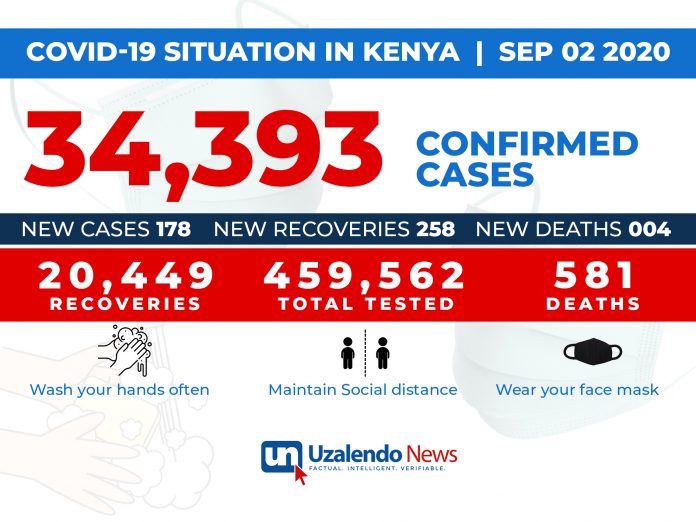 In a statement that was sent out to newsrooms, Health Cabinet Secretary Mutahi Kagwe confirmed the youngest case is a three-year-old infant, while the oldest is aged 77 years.

A further 258 patients have been discharged from hospital. Kagwe said 187 patients were being discharged under the home-based care system. Total recoveries rise to 20,449.

However, four patients have succumbed to the disease, raising the total number of fatalities to 581.

CS Kagwe, who is appearing before the parliament committee, warned that the country was still far from flattening the curve. He instead said the curve was experiencing a bend and begged Kenyans not to back down on COVID-19 regulations.

“It is still continuing and we have no way of telling whether it is going to do what it did to Germany, where it went down, they opened up and suddenly, the deaths have started going up again,” Kagwe stated.