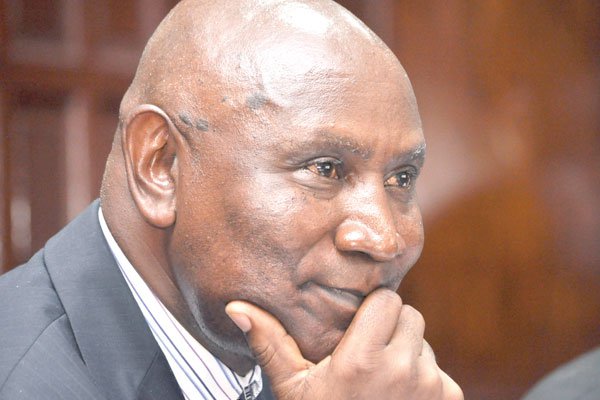 On Monday, Outgoing Auditor General Edward Ouko, addressed the Media at Nairobi University, his last address to the media in his capacity as the Auditor General.

To many, the outgoing chief has been an eye opener on the state of rot in public institutions. This has made Mr. Ouko gather both friend and foe in the war against corruption and overall accountability of the government.

Edward Ouko was elected into office in 2011 by the then president Mwai Kibaki, tasked with looking into the accounts of government agencies. During his tenure, Ouko, intimated that his office was a roller-coaster that had seen him receive threats a few times.

These threats came from ‘wakubwas’ from different offices that he hit, offices that possessed questionable accounts, purchases and expenditures.

One such investigation, was the Eurobond Saga. The Auditor General recieved backlash after he purposed to investigate the Sh280 billion Eurobond saga after the national government disputed claims funds had been misappropriated.

A Financial consultancy firm hired by the government, went on to clear Treasury of the embezzlement allegations, saying that there is sufficient evidence that cash from the Eurobond were all received in the government’s main account and paid out for authorized purpose. A case that has never been declared Closed, since 2015.

This prompted a raft of accusations and witch hunts against the Auditor general, with a case filed against him for gross abuse of office for ‘benefitting’ in the roll out of the Integrated Financial Management Information System (IFMIS).

In 2017, efforts to oust the Auditor General took a significant hitch after Director of Public Prosecution cleared Mr. Ouko of corruption allegations.

Bottomline, Ouko has suffered impeachment calls, threats and other sinister blows thrown at him, but with his exit from the ‘prefect’ position, many Kenyans are on the look out for which individual will be fit to replace the iron fist, who will be having the public’s interest at heart, over mortal threats.