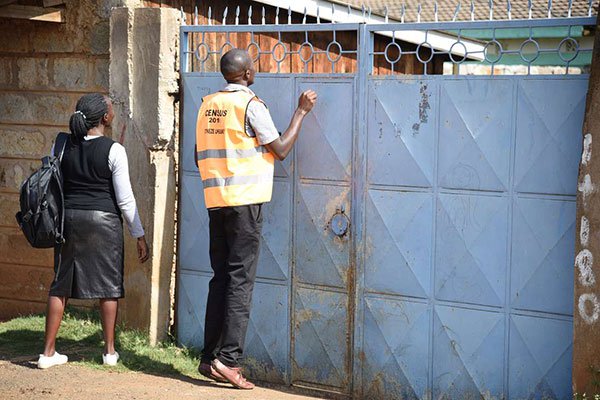 Bars and other social places countrywide will remain closed on Saturday (August 24th) and Sunday (August 25th) from 5pm to allow for the smooth conduct of the 2019 Census.

The order was issued in Embu County, Wednesday by Interior CS Fred Matiang’i during the official opening of the 10th edition of the water services companies’ games.

“We are going to close all our social places especially the bars at 5pm to give you an hour to be home before the enumerators arrive at 6pm so that they can find you at home,” Matiang’i said.

The CS also sought to reassure Kenyans who might be apprehensive that criminals could take advantage of the exercise to harm or steal from them.

“No one will come from outside their sub-location, which means they know people around there, they are known and they know their way around,” he said.

He said additional security personnel will be deployed, with those on leave to be recalled to ensure the Census is conducted effectively in a peaceful environment.

According to the Kenya National Bureau of Statistics (KNBS) the 2019 Population and Housing Census will involve 138,572 enumerators, 22,268 content supervisors and 2,467 ICT supervisors.

For ease of identification, the Census officials will display an official badge bearing their names and ID number, Government, KNBS and census logos.

They will wear orange and maroon reflector jackets bearing a government logo on the right and a census one on the left. The jackets will also have the census motto ‘Jitokeze Uhesabike’ printed on the back.

They will carry with them a black CAPI tablet with the KNBS logo at the back, as this time round, all information will be captured electronically.

The enumerators will be accompanied by residents’ association leaders or welfare security group leaders who are well known to the household members for purposes of comfort setting.

They will take on average 30 minutes inside each household. The exercise is entirely free and as such, no citizen will be required to give any money to the enumerators.

Kilifi MCA On Hunger Strike In Solidarity With Starving Residents