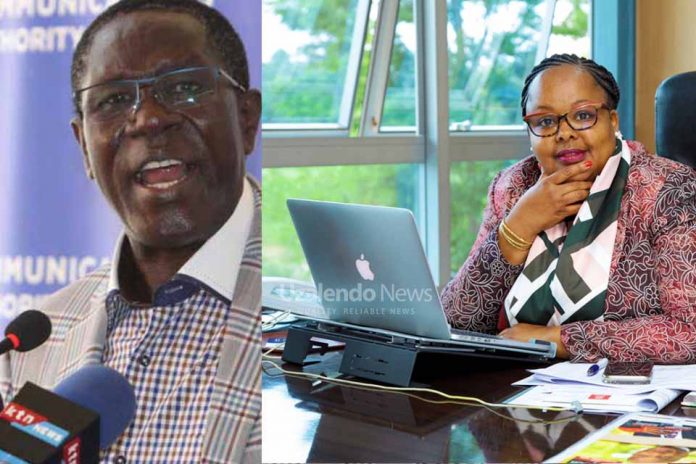 Mr. Francis Wangusi who obtained a court order blocking him from vaccating his seat, has lamented that the current board is not lawfully constituted and cannot purport to appoint his replacement.

According to reports, Mr. Wangusi’s term had expired in August 29th after his legal retirement age matured, thus prompting the board to find a replacement to lead the Communications Authority.

The court today, ruled that outgoing Communications Authority boss Francis Wangusi will remain in office until the case against the appointment of the new board is concluded.

Consumer Federation of Kenya (CoFeK) recently moved to court to stop recruitment of a new director-general at the agency, saying the board spearheading the process is in office illegally.

“The 13-member board, led by Ngene Gituku, has no powers to recruit a new director-general for a state entity, adding that the process should instead be steered by an independent recruiting body,’’ Cofek boss Stephen Mutoro said.