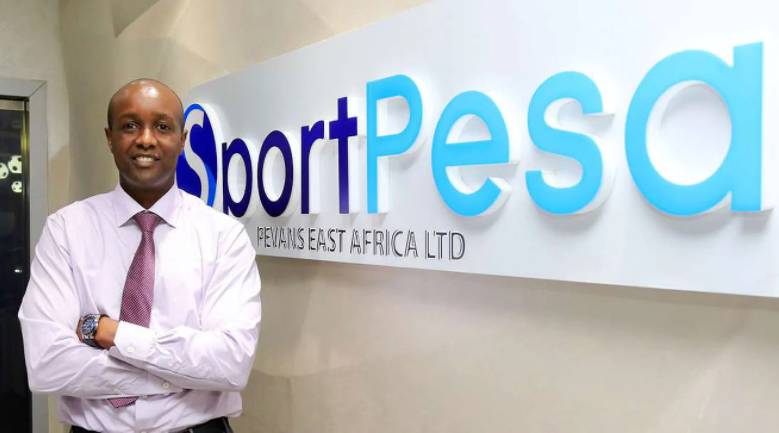 The Betting Control and Licensing Board (BCLB) has suspended the operating license of Milestones Games Limited for using SportPesa as its trade name dealing a big blow to the giant betting firm that barely less than 24 hours announced its re-entry into the Kenyan market.

The Board’s Chairman Cyrus Maina on Saturday revealed that Milestones Games Limited violated regulatory protocols and has no right to utilize the various domains, Paybills and short codes used by SportPesa.

Maina noted that according to records in their possession, the trade name SportPesa belongs to M/S Pevans East Africa Limited which had filed a case in court challenging their closure to operate in the country following their non-compliance in adhering to the punitive tax measures which were introduced by the government in 2019.

“According to records in our possession the trade name SportPesa belongs to M/S Pevans E.A Ltd a company that has filed an appeal in Nairobi case no.471 of 2019,” Maina revealed.

Maina noted that the matter which is pending before the Court of Appeal and contests the issuance of the gaming license to M/S Pevans E.A ltd is scheduled to be heard November 16, 2020 therefore, Milestone Games Limited has no stake at all to SportPesa.

“We note that Milestone Games Limited ha been authorized to use the trademark ‘SportPesa’ by M/S Sportpesa Global Holdings Limited where else during the 2020/21 financial year renewal application teh Board authoriszed the use of trading name ‘Milestone Bets’ to yourselves,”  he added.

SportPesa Chief Executive Officer Ronald Karauri announced on Friday that they had acquired a new licence and have resumed operations in the country.

SportPesa which had been embroiled in a bitter tax feud with the government over their non-compliance to adhere to the tax restrictions which were introduced by the government last year existed the market citing an unfair business environment.

Milestones Games Limited wrote a letter to the BCLB Board on October 30, 2020 informing the Maina-led team that they had acquired a new trading name SportPesa and had received authorization to use the trade name from M/S SportPesa Global Holdings Ltd for a period of 5 years.

Miana emphasized that the new arrangement was a “serious regulatory matter with dire consequences” and subsequently petitioned the Communications Authority of Kenya (CA) to shut down the domains.

“In addition, the Board has requested the Inspector General of Police Hillary Mutyambai, the Director National Intelligence Service (NIS) the Governor Central Bank of Kenya, the DCI, FRC and KRA to investigate any evasive acts within their respective mandate and conduct financial tracing to prevent further violation,” he said.

The firm had been active in the local sporting scene, sponsoring several ventures including Gor Mahia and AFC Leopards, boxing, Motorsports and volleyball.

Since their exit that saw them only remain active in the Tanzanian market where they sponsor giants Simba and Yanga, SportPesa have lost sponsorship opportunities with Everton Football Club in the English Premier League and Racing Point team in Formula One.

With Gor Mahia and AFC Leopards already snapped up by new firm Betsafe, SportPesa will now look for alternative ventures and teams to sponsor.