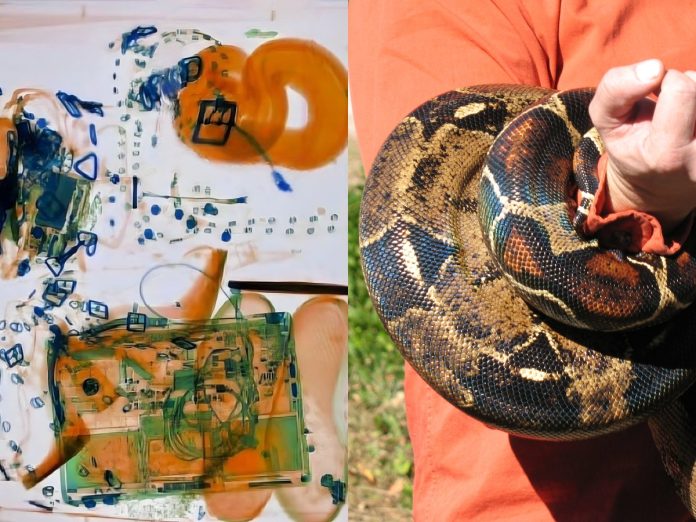 The bizarre yet fascinating menagerie of animals detected by TSA agents in carry-on baggage at US airports carries on into 2023.

This time the discovery was an old standby theme popularized in movies: snakes on a plane! Well, it was one 4-foot boa constrictor to be exact. And technically, it never made it to the plane. Still, it’s intriguing.

“Our officers … didn’t find this hyssssssterical! Coiled up in a passenger’s carry-on was a 4′ boa constrictor! We really have no adder-ation for discovering any pet going through an x-ray machine.”

The puns — and admonishments — didn’t stop there.

“Do you have asp-rations of taking a snake on a plane? Don’t get upsetti spaghetti by not understanding your airline’s rules. For instance, airlines don’t allow nope ropes in carry-on bags and only a few allow them to slither around in checked bags, if packaged correctly.”

Farbstein said that the “TSA notified the airline that the woman (with the carry-on) was ticketed to fly on and the airline did not permit the snake on the plane.”

Boa constrictors are nonvenomous snakes that kill their prey by squeezing them in their strong coils. Their natural range is northern Mexico to Argentina.