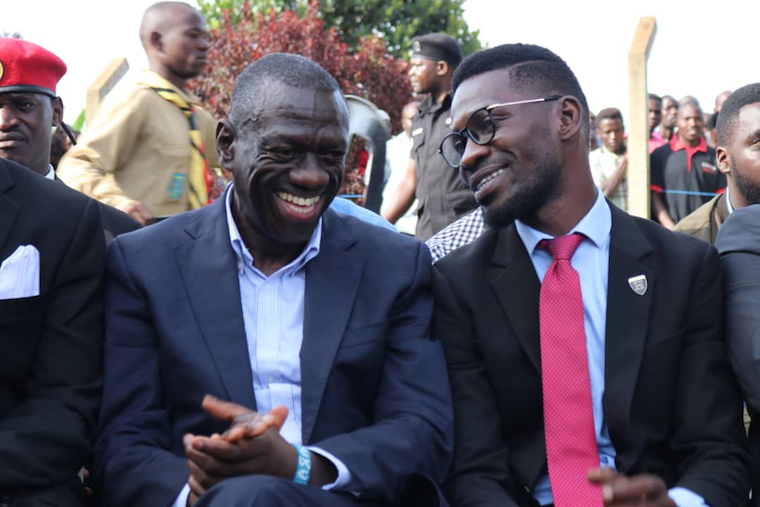 Leading Ugandan politicians Robert Kyagulanyi, often known as Bobi Wine, and Kiiza Besigye are currently in Kenya as part of a team of observers tasked with keeping an eye on the general elections.

On August 9, 2022, Kenyans will vote for a new president and vice president as well as governors, senators, representatives to the national parliament, and county assembly members.

They are anticipated to remain in Kenya until the declaration of the presidential election winner.

In the elections of 2021, Bobi Wine came in second to President Yoweri Museveni, who was already in office.

The election was marked by a number of contentious incidents, including times when he was imprisoned at his Kampala home for days after casting his ballot and arrested twice.

Museveni, who has ruled the landlocked nation of East Africa for nearly 40 years, bosts of the Constitutional revision that saw him defeat Besigye in the 2016 and 2011 and 2006 elections, respectively.

Prior to the upcoming elections in 2026, these two politicians have recently expressed interest in working together.