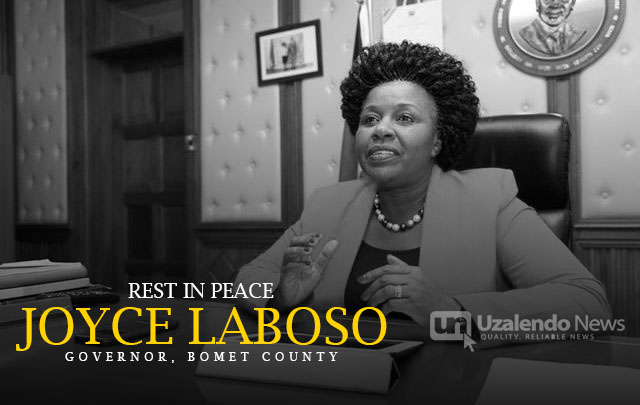 Bomet Governor Joyce Laboso passes on at Nairobi Hospital after a long battle with Cancer.

Laboso has been in and out of hospital since it first surfaced that she flew to London seeking treatment. She was admitted at Royal Madden NHS hospital in London where she was visited by Former Prime Minister and AU special envoy, Raila Odinga.

She was flown to India seeking further treatment when she was finally flown back to Kenya where she had been admitted in ICU for the past two weeks.

During her medical leave, Deputy Governor Hillary Barchok had been running county affairs.

Earlier today, her doctors at Nairobi Hospital had requested the public to limit visits to her ward, to make sure she gets ‘full rest’ before being pronounced dead.

She became a woman of many achievements in empowering women in Kenya; The first female governor since County government system was inaugurated and the first female deputy speaker of the National Assembly. She was also among the first girl of her community to study abroad scaling to Masters and PHD levels in University of Reading and University of Hull respectively.