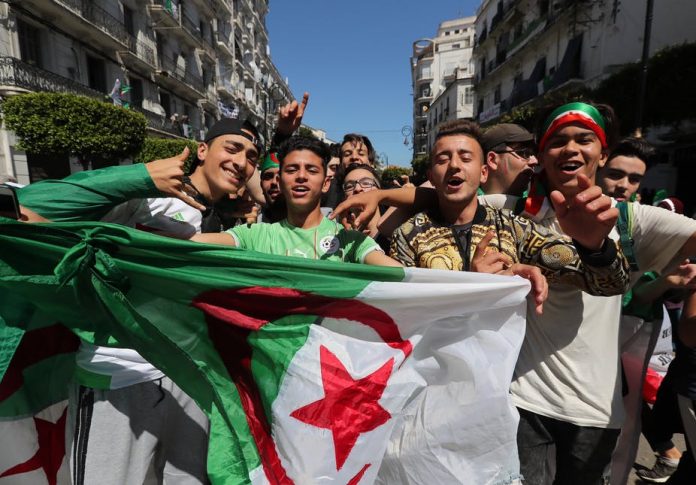 Algeria’s long-time leader Abdelaziz Bouteflika has agreed to step down following a series of mass protests against his original plan to bid for a fifth term.

After weeks of uncertainty, the country’s military chief Ahmed Gaed Salah declared the 82-year-old leader constitutionally unfit to rule. An interim leadership will be formed under the supervision of the army. Everything seems to suggest that the country is heading towards elections and a constitutional referendum.

Some observers have drawn parallels between events in Algeria and the “Arab Spring”. These mass demonstrations against corruption and acts of police brutality which swept through North Africa from 2011. The pro-democracy uprisings led to the overthrow of three authoritarian regimes: Tunisia’s Ben Ali, Libya’s Muammar Gaddafi and Egypt’s Hosni Mubarak.

Political pundits and analysts drawing these comparisons may be tempted to speculate about hidden agendas, or deplore the lack of a common ideological framework for the opposition. This is because, in countries where opposition forces failed to cohere in a meaningful way, the 2011 revolutionary momentum was easily hijacked by counter-revolutionaries.

But these debates miss the point. They overlook the social and cultural value of the Algerian protests. They also reveal that the international community has remained centred on the question of political stability since the civil war of 1991-2002. In fact, the singular achievement of these demonstrations is that Algerians have reclaimed ownership of their past.

This is apparent in the way that protesters invoked the memory of the war of independence. It could also be seen in their allusions to slogans or songs from that time, calling for “Algeria’s liberation”.

The memory of Algeria’s liberation was politically hijacked by the elites who’ve held power since the 1954-1962 Algerian war of independence.

During the independence war against France, the National Liberation Army placed Bouteflika in charge of the western border, close to the Moroccan city of Oujda. He became part of the Oujda group led by Houari Boumédiène. It was Boumédiène who helped Ahmed Ben Bella unseat the first post-independence provisional government in 1962.

Boumédiène then became defence minister, and had much influence over the government through the army. Bouteflika became foreign minister. Following political tensions at the top Boumédiène overthrew Ben Bella in a 1965 military coup.

Under the military-led National Liberation Front, Algeria was a one party state until the 1989 constitution introduced a multiparty system. Bouteflika became a member of the Front’s central committee when serving as a foreign minister. With the help of interior minister and the head of intelligence, he took office in 1999.

Bouteflika was initially able to gain popularity by acting as if he intended to break with his predecessors’ anti-colonial and pan-Arab traditions. He capitalised on the imperative of national security to build legitimacy in the aftermath of the civil war. Algeria remained under a state of emergency for almost 10 years after the end of the civil war. This was known as Algeria’s “black decade”.

Beyond the country’s borders, Bouteflika proved popular. The international community was particularly receptive to this narrative in the context of the post-9/11 “war on terror”.

Under Bouteflika, the penal code was amended to impose punishments for any “insulting or defamatory” statement likely to harm the president. This law saw independent journalists and human rights advocates repressed in the name of national security.

During the same period, a law was promulgated which granted amnesty to terrorists guilty of committing crimes during the civil war. Implicitly, this new law exonerated members of the Algerian secret services. Many of them had served with the Armed Islamic Group. This was one of the two main Islamist insurgent groups that fought the Algerian government and army in the Algerian civil war.

Historically, the power elite – made up of the military, the secret services and the Political Bureau of the National Liberation Front – built its legitimacy on a distorted memory of the war of independence. This arguably added to Algeria’s post-colonial identity crisis and the climate of polarisation that laid the ground for civil war.

Bouteflika later capitalised on the trauma of the “black decade”, while depriving Algerians of the economic and social resources they needed to cope with the growing challenges regarding migration, climate, water scarcity and security. Ironically, this is partly the reason why the question of political stability still prevails today.

This history demonstrates why the debate around today’s political crisis often misses the mark and ignores the real issues. It’s important to fully appreciate what it means for Algerians to reclaim ownership of their history with confidence – and to consider a world beyond Bouteflika’s troubled leadership.