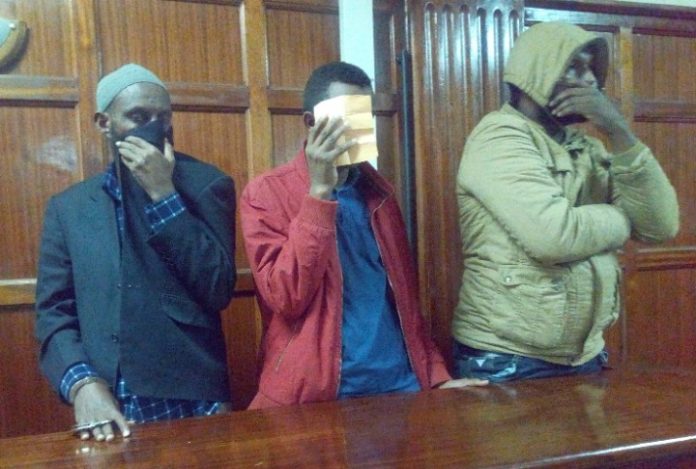 BY PRUDENCE WANZA – Three suspects of the DUSIT terror attack will now remain in custody pending trial. This is after the court denied their release on bail or bond.
The three namely, Mire Abdullahi Ali, Hussein Abdille and Mohammed Hassan were charged with conspiracy to carry out the DUSIT D2 terror by providing Internet services to the attackers of the hotel, in March.
The prosecution had objected their release on bond since they face serious offenses and if given bond they would abscond court.

The Chief Magistrate at Milimani Law Courts, Francis Andayi in his ruling cited that matters of terrorism are of great concern and that he is convinced the offenses as charged are serious. He also added that matters of terrorism are a threat to security to the entire human race.
He further stated that if released they might abscond court and interfere with witnesses in the case.
The three will now remain in custody pending trial.