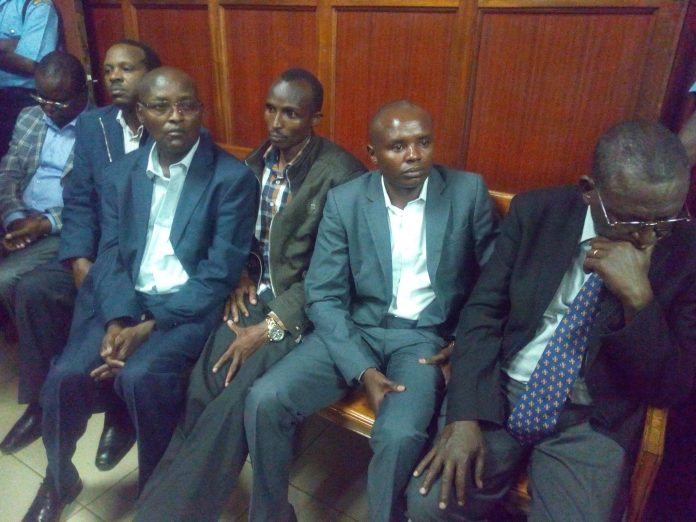 BY PRUDENCE WANZA – Samburu Governor’s lawyer Paul Nyamodi has expressed dissatisfaction with Chief Magistrate Douglas Ogoti presiding over the case.
This follows an article in the Star newspaper where the magistrate cited that corruption is as bad as murder and gave his views regarding the 150million bond that he gave the Samburu Governor. The lawyer also indicates that the accused persons will not receive justice because the magistrate already has a mindset.

However the prosecution led, Alexandra Muteti, says that the interview has nothing to do with the delivery of justice. He says that whay the lawyer said is a case of expressing displeasure to the Magistrate. He further states that the DPP has a duty to protect the interest of administration of justice and there is nothing that displays in the article.
Chief Magistrate, Douglas Ogoti has in his ruling indicated that he will never cling to any matter where parties express displeasure and that he has no other interest apart from delivering justice in the matter. He has further indicated that his conscience is clear and it tells him he should not handle the matter.

The magistrate has ruled that the matter be deferred to Chief Magistrate, Lawrence Mugambi for plea taking of the thirteen accused persons tomorrow on 5th April, 2019.  The suspects will remanded in custody until tomorrow for plea taking.