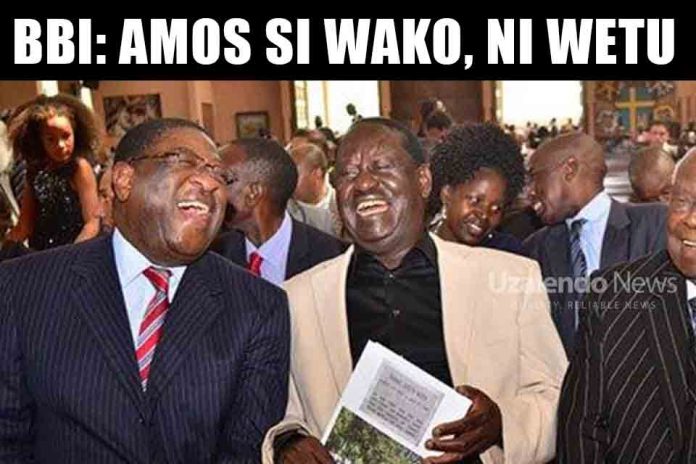 The plot thickens on the controversial blacklisting of former Attorney General and current Busia Senator Amos Wako by the United States Department of State, after the BBI taskforce issues a statement to ‘cleanse’ Hon. Wako from any corruption.

This comes after the United States on Monday imposed sanctions on him, his wife and son, accusing him of involvement in significant corruption.

In the alleged press release sent to newsrooms, Ambassador Paul Kimani alleges that under the laws of Kenya, Amos Wako remains innocent until proven guilty.

He has however relieved his duties as the BBI Taskforce Joint chair.

Wako, who was Attorney General during Kenya’s rocky transition from one-party rule to democracy, has been barred from entering the United States under the sanctions.

A statement from U.S. Secretary of State Mike Pompeo, criticized Wako several times during his tenure as attorney general from 1991 to 2011 for not doing enough to crack down on corruption.

“Today, the Department designates former Kenyan Attorney General Amos Sitswila Wako due to his involvement in significant corruption. This designation is made under Section 7031(c) of the Department of State, Foreign Operations, and Related Programs Appropriations Act, 2019 (Div. F, P.L. 116-6), as carried forward by the Continuing Appropriations Act, 2020 (Div. A, P.L. 116-59),” the statement reads.

Kilifi MCA On Hunger Strike In Solidarity With Starving Residents