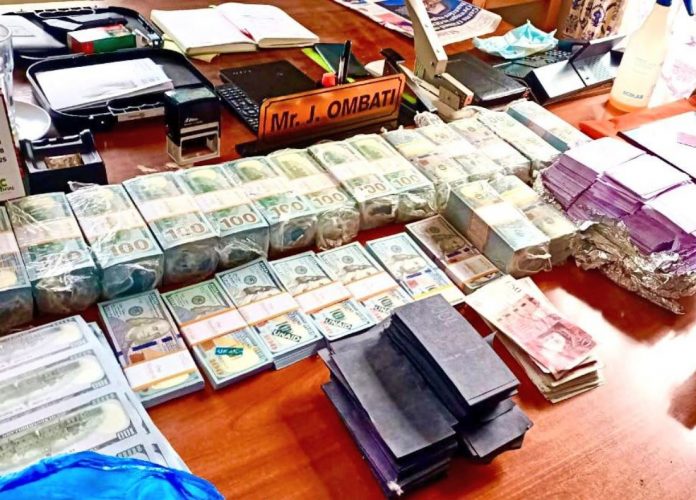 Police officers attached to the Directorate of Criminal Investigations (DCI) have recovered over Sh350 Million, stacked in fake US dollars and Pounds during a raid.

Detectives based in Ruiru apprehended 3 Cameroonian citizens at the residence, who’s documents revealed they had been in Kenya illegally.

The suspects, Paulin Francis Proper and Njikam Omar were found to be in the country illegally.

The third suspect was nabbed with a firearm belonged to a fourth suspect Loise Kaguongo, who was holding it illegally, since her firearms license had expired.

DCI detectives are also probing Kaguongo for the activities of his 10 mobile-money outlets and detectives believe that she is the link between the suspects and a wider criminal syndicate.

The suspects have been put under lawful custody for further investigations and processing.