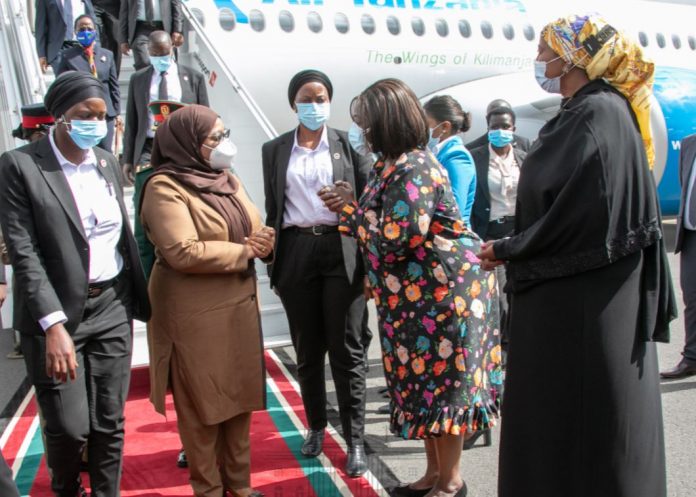 The new head of state was welcomed by Foreign Affairs Minister Monicah Juma, who said the Tanzanian head would be hosted by President Uhuru Kenyatta at the State House.

A 21-gun salute and guard of honour inspection will be done once Samia suluhu arrives at the Statehouse.

She will be the first woman in Africa to be accorded a 21-gun salute at the State House.This is the second such honour after the inaugural May 2018 salute accorded to Theresa May by President Uhuru Kenyatta.