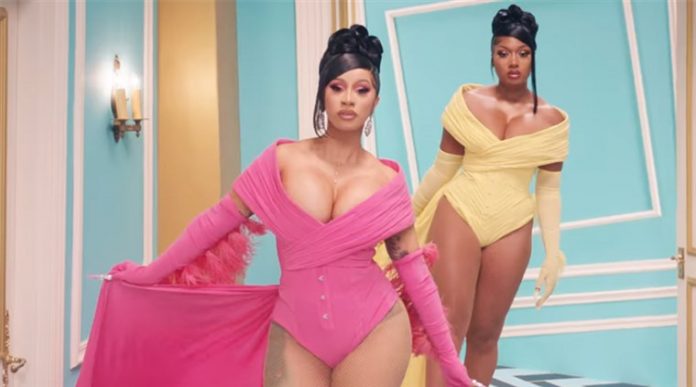 Since the drop of the song W.A.P there has been so much controversy, and now Cardi B seems to be on the parental advisory team as she is seen on social media turning off the indecent song as soon as her daughter gets into the room.

“I just don’t want it to look   fashionable   where young girls feel like they can express themselves like that without even knowing that it is a jewel they hold onto until the right person comes around.”

Cardi subconsciously seconded that principle because she was spitting bars from the song W.A.P while sipping on some wine, the rapper immediately stopped in the middle   and immediately turned off the song the minute her young daughter walked in.