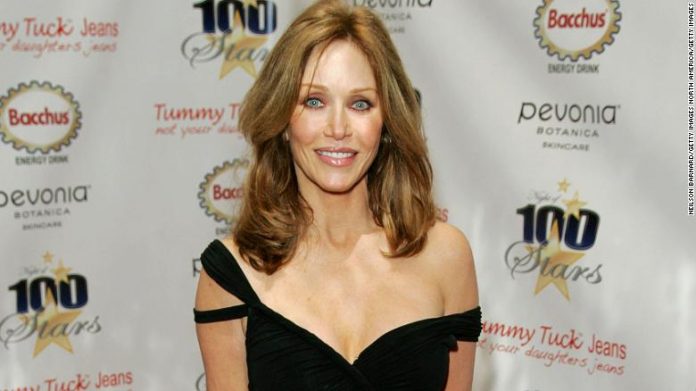 Tanya Roberts is still alive according to the person who spoke to TMZ earlier confirming her death said that her husband Lance O’Brien has found out that she has not died yet.

Earlier on it was reported that the James bond star had collapsed at her home on Christmas eve after she had come out from walking her dogs she was later rushed to a hospital where she was kept on a ventilator Mike who was the representative got a call at 10 am on Monday to say that Tanya was still alive and that it was a mistake.

Mike who made the statement said that Tanya was put on a ventilator but never got better though her reported death was not in any way related to Covid -19.

Tanya is famed for the Charlie Angel’s TV series, the beast master, Sheena James Bond and so many other films. She even had a modelling career in the year 1982.