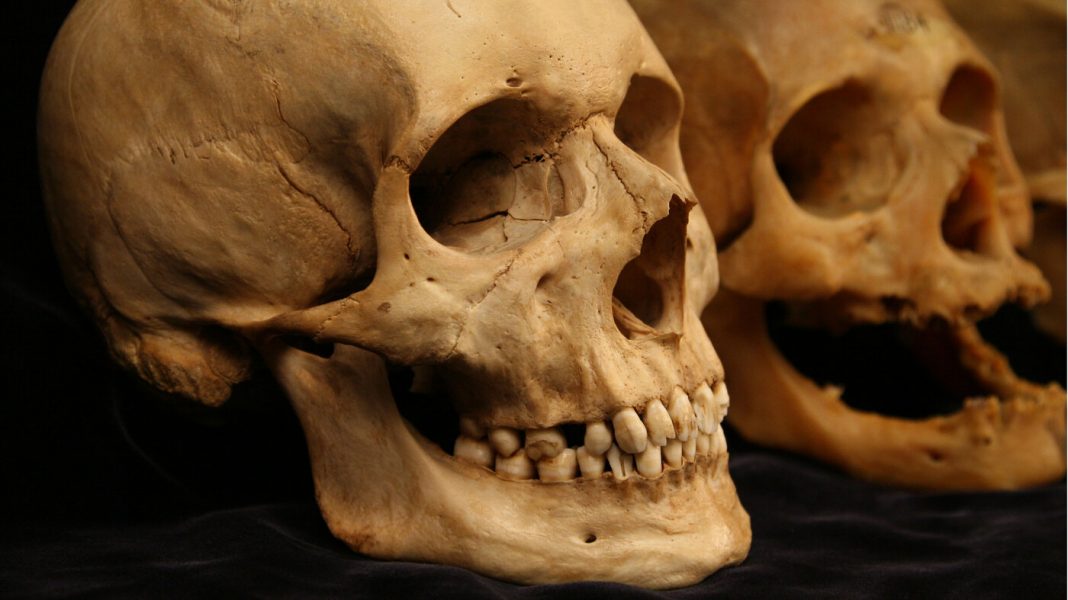 The fossilized remains of some of humanity’s earliest predecessors are much older than experts previously assumed according to new research.

The fossils, including one belonging to an old cave woman named Mrs Ples, were buried for millennia in the Cradle of Humankind caverns in South Africa.

According to modern testing procedures, the group of early humans walked the globe between 3.4 and 3.7 million years ago.

This new timeline has the potential to change our understanding of human evolution.

It means that there are now additional possibilities for how our forefathers could have evolved into early humans.

For many years, experts thought the Australopithecus africanus species, discovered in the Sterkfontein caves near Johannesburg, was only 2.6 million years old.

The underground complex has yielded more of the early human remains than anywhere else in the world – including the near complete skull discovered in 1947 belonging to an early cave woman nicknamed Mrs Ples.

According to the Smithsonian Museum, the species – which walked on two feet – were much shorter than modern-day humans. Males averaged 4ft 6in (138cm) in height and females averaged 3ft 9in (115cm).

However, new radioactive dating techniques indicate that Mrs Ples and the others discovered surrounding her are one million years older than previously assumed.

The updated age was determined by examining mud around the fossils for amounts of a rare isotope formed when the rocks were exposed to cosmic rays before falling into the cave.

Previously, scientists thought Australopithecus africanus hominids were too young to have evolved into homo sapiens, our ancestors, who were already wandering the Earth some 2.2 million years ago.

These findings show that they had an extra million years to accomplish that evolutionary leap, raising the prospect that Mrs Ples and the species she belonged to were forebears of early humans.

As a result, the species existed on Earth at the same time as Lucy, the 3.2-million-year-old bones of Africa’s Australopithecus afarensis, which was long thought to be the species that gave rise to the first humans.

According to the modified timeframe, the two animals may have interacted and reproduced, confounding our understanding of where humans came from and suggesting that it may not have been such a clear evolutionary line.

It suggests that our family tree is “more like a shrub,” according to French scientist Laurent Bruxelles, who was involved in the study.