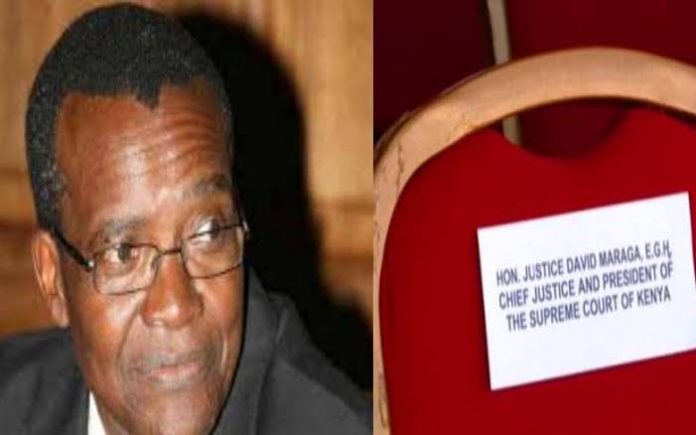 Chief Justice David Maraga has found favor in the eyes of netizens after he kept his word when he skipped the Jamhuri Day celebrations at Nyayo Stadium on Thursday.

This comes after he felt he was allegedly ignored during the Mashujaa Day celebrations, where he, later on, said that unless he was treated with dignity due to his office he would then choose which state functions to attend or not.

“Maraga said he will choose what functions to attend. What makes me like him, is that he is A man of his word. Ohhhh hail president of the scok,’’one @first_ kiikii said

“The CJ Maraga avoiding to attend Jamuhuri celebrations, is an indication that he is walking the talk.
They MUST respect the office of the CJ& accord it all its respect even if they hate the occupant.
I support the CJs’ move!.”,@MutichiloMike

The Chief Justice has not given any explanation as to why he missed the function.