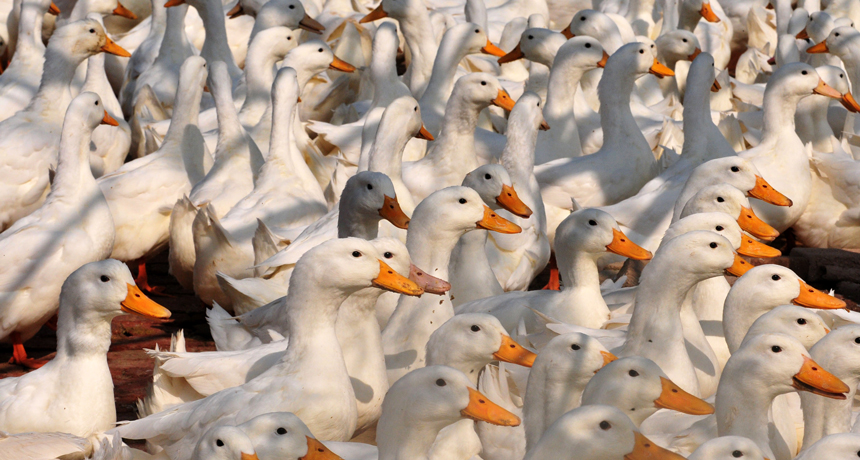 Chinese authorities have unleashed an army of 100,000 ducks to fight the looming Locust invasion in its borders.

In a video released by China’s state-run news website CGTN, thousands of ducks were seen waddling down a road to confront 400 billion locusts approaching the country near the border where it meets Pakistan and India.

According to The Print, this isn’t the first time that China has used such “duck troops” to deal with locust swarms.

In June 2018, the country’s Xinjiang area, which has dry weather conditions, was under a similar attack by locusts. Authorities had then released 1,000 ducks that would eat the insects.

Locusts are also a delicacy in China and farmers often turn to catch locusts to sell them if some of their crops get destroyed.

READ  The U.S. Coronavirus Trajectory Looks Worse Than Other Countries

Every Estate in Nairobi has a Corona Virus victim