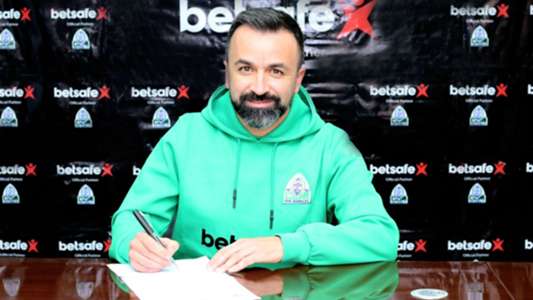 Wilson Silva, who is Gor Mahia’s newly acquired star, has been praised by head coach Vaz Pinto after his impressive performance in their match against Kakamega Homeboyz at Bukhungu Stadium on Wednesday.

The Brazilian’s debut goal ensured Gor Mahia’s 2-1 win over Kakamega Homeboyz. He found the back of the net in injury time after missing two clear chances earlier in the game.

Silva got another chance for Gor Mahia but his effort went off target as the Green Army spent the last minutes of the first half at Kakamega Homeboyz area in search of an equaliser.

Coach Pinto commended Silva for being brave and energetic in his debut against one of the toughest sides in the Football Kenya Federation Premier Leafue.

“Wilson has surprised everyone for adapting fast in the team and displaying a wonderful play against Homeboyz which shows that he is ready for the tough and competitive Kenya premier league.”

“He understands how to use the space and he is very good in pressing the opponents which are the best attributes of the team,” said Pinto.

He also added, “As we move forward, I believe it was a wise decision bringing him on board which gave us an added value as a club.”

“I think other players will learn one or two things from him because we believe in team work and that’s the spirit we expect from each player as we move forward in defending the title that I feel it’s still within our reach.”

Wilson Silva opened his goal account for the local giants in his first start and helped them pick up the vital win after the previous tie loss of 2-1 to Nzoia Sugar.