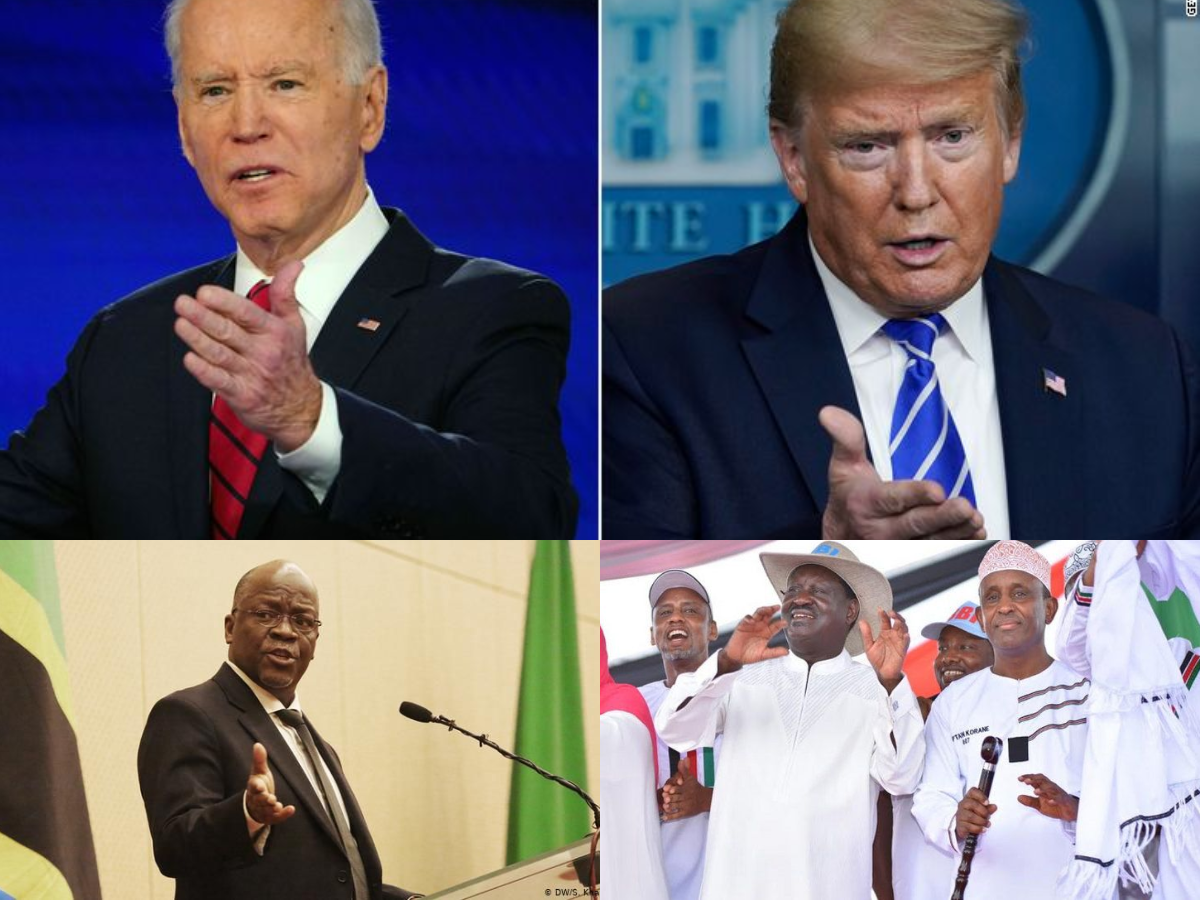 The coronavirus pandemic is turning the dramatic world of politics gloomy. Politicians are now back to the drawing table to come up with proper political strategies.- By Prudence Wanza.

Various countries all over the world are preparing for general elections and unlike other times when political campaigns become the order of the day for some period, this round the game has to change as governments continue put all their strength into fighting Covid-19.

Most Sitting Presidents will be judged on how well they perform during a crisis and for those seeking reelection, it is going to even more complicated.

The US and Trump’s reelection bid

US President Donald Trump’s administration has come under a lot of criticism for allegedly handling the coronavirus pandemic poorly leading to thousands of deaths amid the upcoming general elections in November 2020.

Trump has downplayed critics, including his most eligible competitor, Joe Biden of the Democratic party. One of the most obvious challenges of President Trump will be how to lead a successful campaign for his reelection now that crowds are prohibited and lockdowns are imposed across States to curb the spread of Coronavirus.

Perhaps, that is why he is pushing for the reopening of states despite not having a clear strategy. “Vaccine or no vaccine we’re back. And we’re starting the process.” He said during a briefing while unveiling a project to have a vaccine available by the end of 2020 despite warnings from health expert that it will take longer to develop a vaccine.

Listening to Trump’s briefings, you can always feel his anxiousness in the lockdowns and you can clearly tell he longs for Covid-free environment to enable him to embark on campaigns to have him reflected as President.

On the other hand, his competitor, Joe Biden takes the opportunity to criticize him describing him as the “worst possible person to lead Americans through the Covid-19 crisis…,We need a President who believes in science” while advocating for a change in the leadership of America.

Kenya’s general elections are two years away, but even before Coronavirus got into the country the political heat was already overwhelming. From BBI rallies every weekend led by ODM leader Raila Odinga to the Deputy President in funerals and Church Services each of them pushing for relevance in the political scene.

The two, Odinga and Ruto are the main competitors on the race to State House come 2022 and the virus seems to have silenced the DP and its been a while since his appearance in the media with no churches open and no funerals to attend due to covid-19.

Now, we do not witness any rallies but that has not stopped politics in the country. Last week the Jubilee party signed a coalition pact with KANU Party. This saw Kipchumba Murkomen who was the Majority Leader in the Senate removed and instead Samuel Poghisio from KANU was installed.

Just recently Odinga said the BBI agenda will resume after Coronavirus pandemic adding, “BBI reggae is on halftime” as quoted in media publications.

Already, the Referendum Bill which proposes constitutional amendments through BBI initiative has been published.

Tanzania’s general elections are set for October, 2020 though the date has not yet been determined.

President John Magufuli and his government are already getting accusations of allegedly hiding Coronavirus numbers in the country. On the other hand, Magufuli accuses the National Laboratory of inflating the Covid-19 numbers in Tanzania.

While other countries in East Africa are imposing lockdowns and other measures, Magufuli has urged Tanzanians to go about their normal routines and focus on growing the economy. Churches and markets have remained open.

How Magufuli handles the Covid-19 crisis is definitely going determine his re-election and the opposition, which he has frustrated during his first term is going to use his shortcomings to shed him in bad light during this pandemic and ahead of the campaigns.