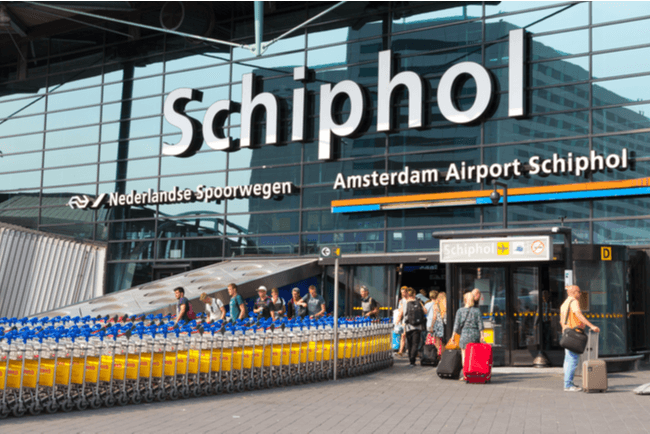 Dutch police say they have detained a couple who escaped from a Covid-quarantine hotel.

The arrests were made on a plane in Amsterdam’s Schiphol airport just before take-off on Sunday evening.

The two people – who have not been named – were later handed over to the country’s health service.

It comes after 13 people who arrived in Amsterdam on two flights from South Africa last week tested positive for the new coronavirus variant.

They are among 61 passengers who tested positive for Covid.

It is not known whether the detained couple were among those passengers.

Local media are reporting that they managed to flee a quarantine hotel in the north-western Kennemerland region, where travellers from South Africa are currently in self-isolation.