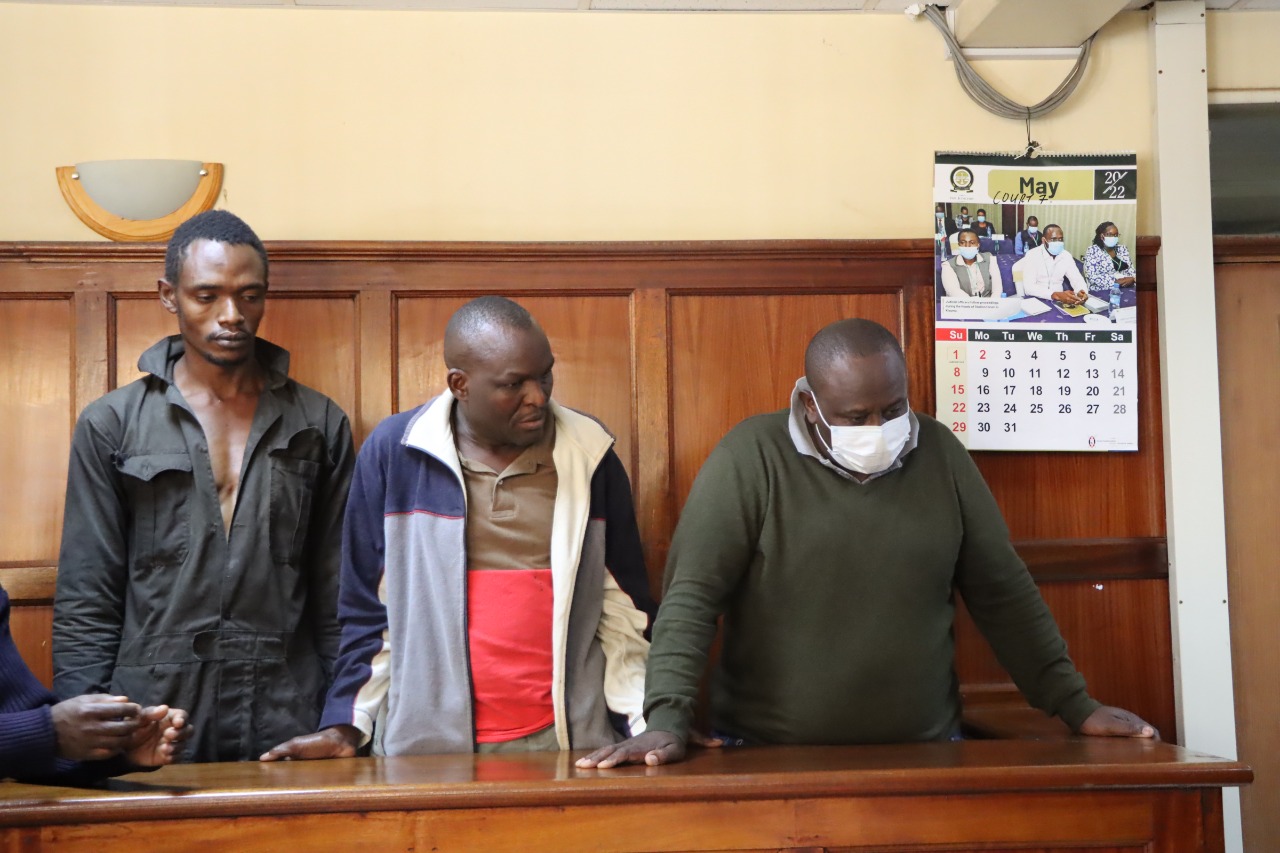 The Milimani Law Courts witnessed an unexpected scene when the court adjourned in the middle of a bail term application to visit a crime scene before bail term ruling pending hearing and determination of a felony case.

Samuel Munyi Gichae, Fred Kitheka Kiusya and Dennis Ayuga Omondi were arraigned in court today and charged with Conspiracy to commit a felony.

According to the prosecution, the three accused persons conspired to steal 35 drums of Bitumen worth Ksh 2m from a motor vehicle truck parked along Karen end estate on the night of May 11, 2022.

The accused persons denied the charges and pleaded with the court to release them on reasonable cash bail.

At this point, the investigating officer approached the court, claiming that the said truck was being manned by OCS Langata and that he needed to be relieved from the crime scene as soon as possible.

Further, the prosecution told the court that the only way the OCS could be released from the scene was through the court visiting the scene to access the damage.

Magistrate Caroline Muthoni adjourned the other court matters while the court proceeded to the crime scene.