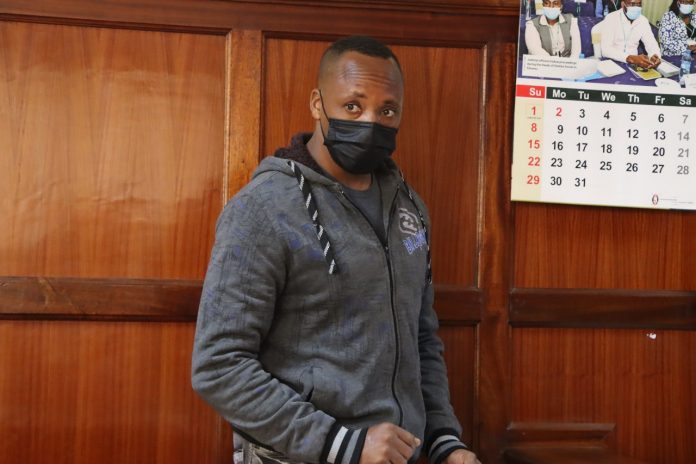 A middle aged man was charged at Milimani Law courts with Conspiracy to defraud.

Abraham Ng’ang’a Kimani found himself on the wrong side of the law after a complaint was filed at Central Police Station accusing him of defrauding Elizabeth Ng’ang’a of Ksh Ksh. 1.5 million by pretending to sell her a Honda motor vehicle.

He, however, denied particulars of the offense before Magistrate Caroline Muthoni and was released on a bond of Ksh 500,000 with a similar cash bail.