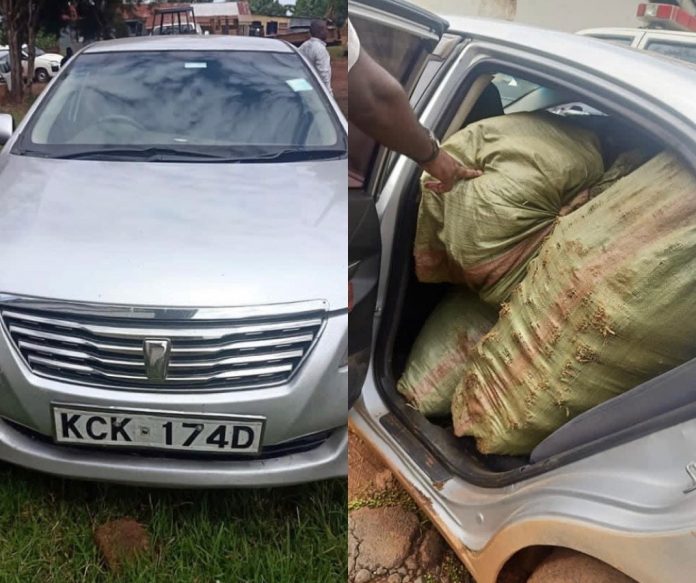 Following a tip-off from the public, police officers in Awendo, Migori County, apprehended two suspects and discovered bundles of marijuana stuffed in a car.

The driver of the Toyota Premio car, 38-year-old Benard Momanyi, ignored instructions to halt when he was waved down at a police roadblock.

In his desperate efforts to escape, he run over police spikes deflating both the front and rear wheels of his car and continued to speed on flat tyres.

Police officers on duty at the police check gave a chase and caught up with the suspects, fortunately saving them from further endangering their lives.

The passenger in the car, 27-year-old Thomas Macheine Kuria aged 27 years, was also arrested alongside the driver and the haul of bhang of undeclared value recovered and kept as exhibits.

The two will be arraigned in court to answer to charges that will include trafficking of bhang.