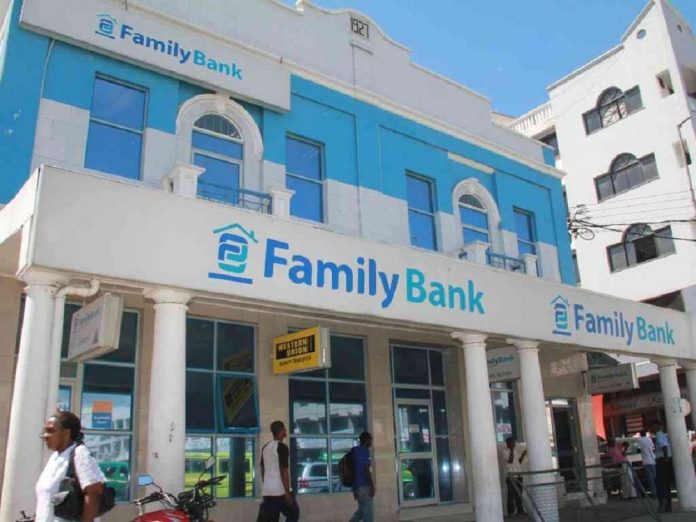 Justice Maureen Onyango, awarded Munyiri the amount for five years as per the appointment letter.
The judge said there was no dispute that Munyiri was employed by the bank under fixed term contract running from July 15th ,2011 to July 14th,2016.

“There is further no dispute that Munyiri is entilted to payment on gratuity for the years he worked for the bank,”ruled Justice Maureen.
Munyiri moved to Court seeking to be paid 57million owed to him by family bank.

He claimed the bank was unlawfully withholding dues rightfully owned to him as a result of employee -emplorer relationship that existed between him and family bank.

He further argued that he was employed on 15th July 2011 as the Managing Director of the bank.
He claimed that the terms of employment was a fixed term contract for a period of five years and at the end of which he would be paid gratuity to be calcuted at 10% of the gross basic for the year one of employment and thereafter the applicable rate will be aligned with the banking industry rate.

Munyiri applied to rely on the rate of 31% that was applicable to national Bank of Kenya and housing finance of Kenya limited which are under tire towards family bank.

Munyiri further argued that his contract lapsed on 14th July,2016 and he was entilted to gratuity of 30% of his gross salary which was the same as what was provided by other Banks.

Family bank while responding to the case said that Munyiri was entilted to the relief sought and urged the court to dismiss the same with costs as based on eronious assumptions and extrenious gratuity rates covering wrong dates.

The bank further argued that Munyiri was paid his dues at the time of separation.Same for gratuity and was iccasioned by standard industry rate.

The family bank further claimed that the rate of 31% is not applicable but rather 18% gross basic as per the report prepared of Price Waterhouse Cooper .