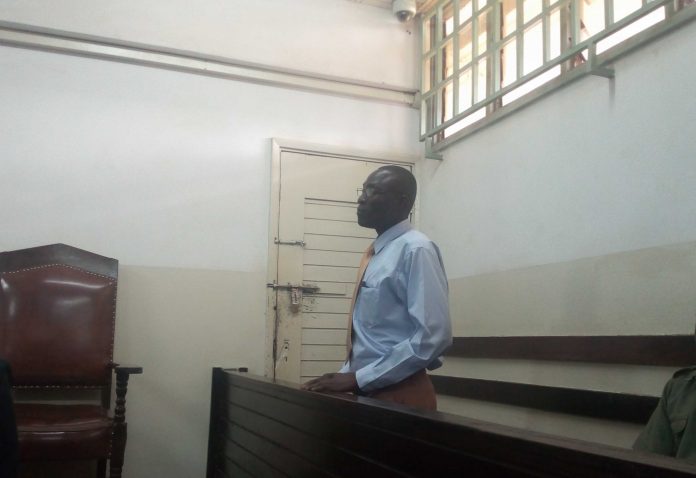 BY LYNN KYALO – A man has been charged of robbery with violence at the Kibera law courts on 14th June 2019.

The accused is said to have been a watchman at Mr.  David Makoha, the complainant’s resident and that he conspired with armed robbers to rob the complainants house.

He knocked on the complainants door telling him he had visitors and when he opened, the robbers forcefully entered the house armed with guns and knives.

The assailants tied up M. David with ropes after which they made away with valuable properties.

The accused Ibrahim Wandera accepted the charges before Kibera Chief Magistrate Hon. Gandani and pleaded with the court to give him a fair sentence.

The accused was sentenced to 12 years imprisonment.