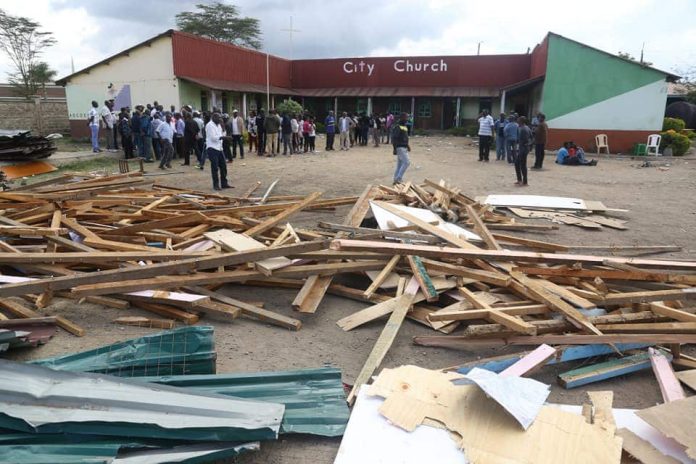 BY PRUDENCE WANZA – The court has ordered city business man to file a response within three days on the application by Nairobi Governor to have his orders over the ownership of a disputed land in Buruburu set aside.

Lawyer Harrison Kinyanjui who represents Nairobi Governor Mike Sonko sited that the matter should be dealt with urgently as the plight of children is at stake.

According to Kinyanjui, there was no consent or rates clearance certificate from the county and that the purported transfer of the property to Landmark was illegal.

He added that land records from the county show the property is registered under Glad Tidings Crusade Ministry.

“Landmark sought to unjustly enrich itself by creating an avenue to register a false and alleged consent through illegal proceedings, yet there is no valid, proper or lawful consent or sale agreement,” he said.

On Tuesday, Senior Resident Magistrate, Esther Wanjala declined to dismiss the suit filed by Patrick Nderitu owner of Landmark Intetnational Properties, the alleged owner of the land in dispute as sought by Sonko but certified the matter urgent.

The land in dispute is located in Buruburu and Glad tidings crusade have claimed ownership of the property valued at Sh. 100million.
Speaking outside the Milimani Commercial Courts, the wife of late Patrick Ochola the founder of Glad Tidings Crusade Ministries stated that they are the owners of the land in dispute. She says they acquired the land in 1991.

Mrs Ochola says that their lastborn daughter sold the land to Patrick Nderitu without consulting her and the other siblings. “The land belongs to the church and the school therefore it should not be sold to anyone and that I’m in court to challenge the sale of the land,” said Mrs Ochola.

On Saturday Patrick Nderitu is alleged to have hired goons armed with crude weapons to kick out the children in the school together with teachers by force. Nairobi Governor Mike Sonko came to their rescue and managed chase the goons away who had already destroyed part of the property.

The lawyers of Patrick Nderitu, have now been ordered  by a Milimani Commercial court to file their responses within three days,  on the application of the Governor seeking to have orders obtained by landmark properties limited over ownership of the land of the dismissed.