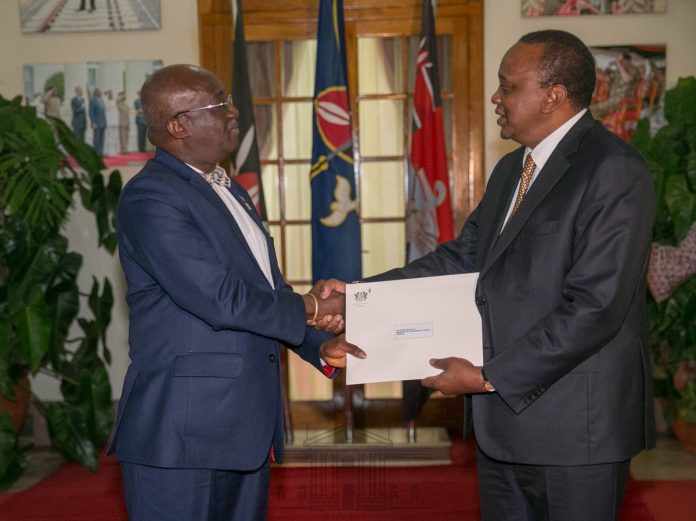 President Uhuru Kenyatta said the economic integration of Africa holds the greatest opportunity for the continent.

The President said the envisioned integration under the Africa Continental Free Trade Area (AfCFTA) will help the continent consolidate its vast economic resources for faster growth.


The Head of State spoke at State House, Nairobi, when he received a special message from President Nana Akufo Addo of Ghana delivered by special envoy Joseph Kofi Adda who is also his country’s Minister for Civil Aviation.


Kenya and Ghana were the first countries in Africa to ratify the AfCFTA protocol which aims at creating  a single continental market for goods and services, with free movement of investment and persons.


“We follow the legacy of our forefathers who gave us political liberation to bequeath the continent economic integration,” the President said.


President Kenyatta however cautioned that African countries need to be honest with each other if aspirations of full economic integration have to be met.


“We must find a way where all of us come out as winners. We want Africa to come together for the mutual benefit of all countries,” he said adding that Kenya looks forward to the final signing of the AfCFTA agreement.

Earlier, President Kenyatta held talks with Fiji Prime Minister Josaia Voreqe Bainimarama who is in the country to attend the ongoing UN-Habitat Assembly at Gigiri, Nairobi.

The discussion between the two leaders touched on the historical similarities between Fiji and Kenya, the two nations having been British colonies, and opportunities for economic cooperation especially in trade and tourism. Kenya and Fiji are top global tourism destinations.