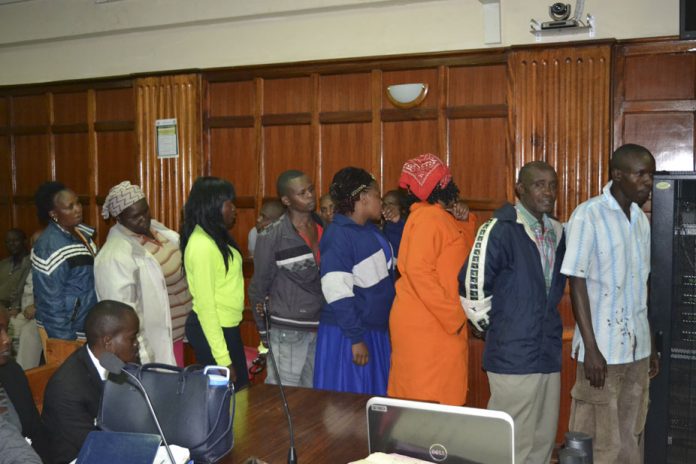 BY PRUDENCE WANZA – 13 people have been relieved of charges of gaming in public place contrary to the law. The thirteen were charged of taking part in gaming and lottery at Ronald Ngala street and Kenya National archives at the Nairobi CBD.
Appearing before Senior Principal Magistrate,  Kennedy Cheruiyot at the Milimani Law Courts, they pleaded guilty to the charges and asked for forgiveness from the court.

However, the magistrate inquired whether they had registered for Huduma numbers which they had not yet done. Hon. Cheruiyot cited that, “If you are you are to be sentenced you will be out when the 45days of registration are over. “
The magistrate then decided to discharge them saying that gambling is a great concern in Kenya and thousands of Kenyans are doing such gaming and have not been caught therefore it will be inappropriate to punish the 13 accused people.
He however told them to make sure they are given Huduma numbers so as get government services.