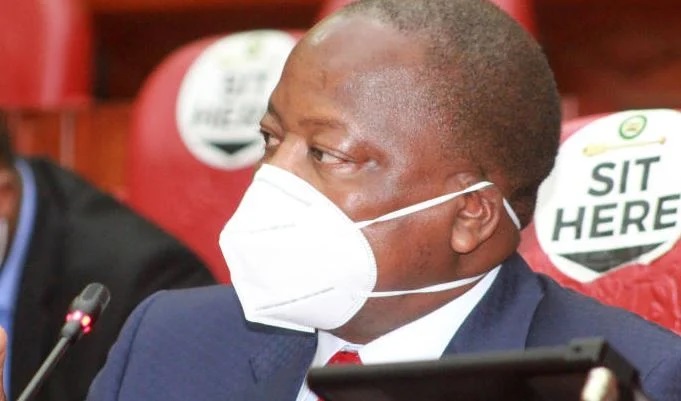 Health CS Mutahi Kagwe appeared before the Parliamentary committee to respond to allegations of corruption within the Ministry of Health. – By Gerald Gekara.

Through his submissions, CS Kagwe presented a series of answers to claims that he micromanaged officials at the Kenya Medical Supplies Authority into overpricing COVID-19 related purchases.

“It’s my job to put people under pressure so that they can produce the results we are looking for, its however not my job to tell anybody to commit a crime… it’s not my job to advise anybody against anything they are not supposed to do, and in the event that I told a CEO to do something that is against the law or something they are not comfortable with, he should have said give me that in writing,” Kagwe said.

He took a swipe at the KEMSA boss for adversely mentioning his name and that of PS Susan Mochache, urging them to comply with the investigations and carry his own cross.

Permanent Secretary Susan Mochache also distanced herself from the flawed budget that exceeded the Ministry’s allocation, blasting KEMSA for not following correct procedures.

“We made it clear that we were not giving any additional funding. We only approved a budget of Ksh 758 million. They however went beyond the threshold disregarding our advice.” said Ms. Mochache.