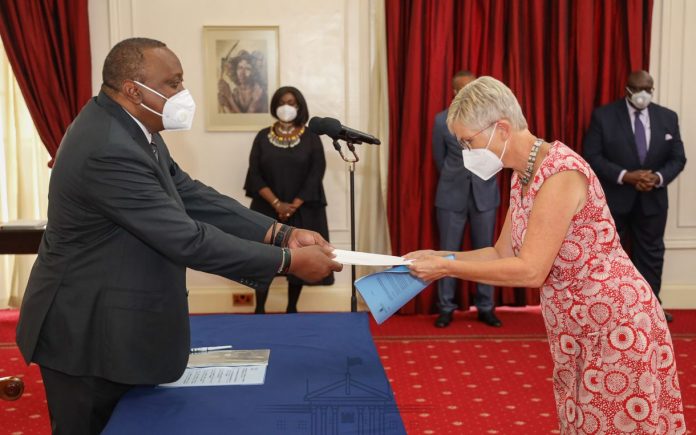 The President welcomed the new envoys and wished them a successful tour of duty in Kenya and restated the country’s strong commitment to multilateralism.

The Head of State challenged the new envoys to work towards deepening existing strong bilateral ties between Kenya and their respective countries.

The new Swiss Ambassador Valentin Zellweger congratulated President Kenyatta for the country’s sustained fight against Covid-19 and, outlined trade promotion and strengthening of Kenya’s devolved governance system as his immediate priorities as he settles down in Nairobi.

Ambassador Ole Thonke of Denmark said his focus will be to enhance his country’s support for Kenya’s Covid-19 interventions, deepen support for climate change mitigation efforts and partner with the private sector in employment creation initiatives.

The new Swedish ambassador Caroline Vicini said her focus will be growing Kenya’s distinct profile as a regional hub for innovations and business start-ups while Amb Marten Brouwer of the Netherlands outlined expanded access of Kenya’s exports into Europe through his country as his top priority.