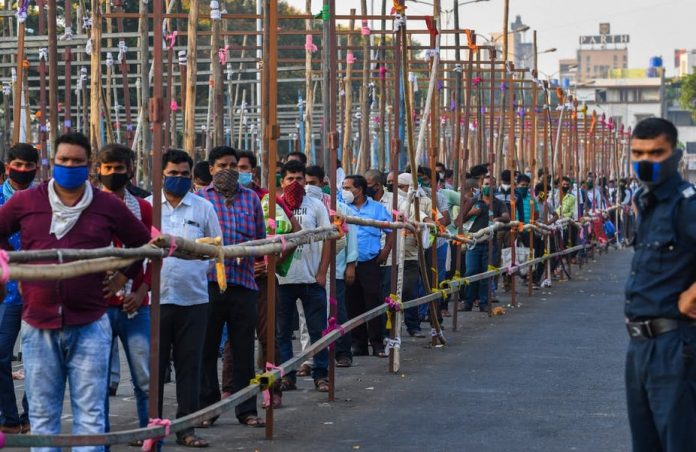 The aftermath of Covid 19 has began to bite as Asia reports its first recession in 60 years.
Among the hardest hit, according to the Asian Development (ADB) is China, India and Fiji. – By BBC and Enock Mukoma

India and China are major sources of cheap textile, medicine, electronics and farm machinery in Kenya.
The slump will also affect Kenya.
Already, unemployment has risen in Kenya with retrenchment being reported in all sectors of the economy.
In July, the Nation Media Group sacked more than 200 employees.

Most hotels, including the Norfolk and other five-star hotels have reportedly closed shop.
Tourism has suffered most during this period.
Although the hotels are reopening, there is no guarantee of new job opportunities.

The Government if Kenya has introduced Kazi Mtaani program to alleviate unemployment by the youth.
The Asian Development Bank (ADB) says the Covid-19 pandemic has pulled the region’s developing economies into recession.

It is the first time in six decades that “developing Asia” – a designation that includes 45 countries – has seen a regional slump.
The ADB says developing Asia’s economy will shrink by 0.7% in 2020.

However, the recession will rebound in 2021, growing by 6.8% next year.
The bank’s Asian Development Outlook Update shows about three-quarters of the region’s economies are forecast to slump this year.

The bank has revised down its earlier projection of a paltry 0.1% growth in the region’s gross domestic product (GDP) for 2020.
“Most economies in the Asia and Pacific region can expect difficult growth path for the rest of 2020,” ADB chief economist Yasuyuki Sawada said in a statement.

The ADB’s assessment brings the lender into line with the International Monetary Fund, which made a similar prediction earlier this year.

Tourism-dependent island economies, in particular, have seen wrenching economic contractions.
Fiji’s economy is expected to shrink by 19.5%, while the Maldives is likely to see a 20.5% contraction.
The good news is that the region is expected to recover next year, with a growth of 6.8%.

China’s economy is expected to rebound by 7.7% in 2021, while India will also bounce back with 8% growth next year, the ADB says.
But the bank warns that a recovery could be derailed by a prolonged pandemic and tougher containment measures.

China conducts more exercises near Taiwan as US official visits

Botswana law: win for women as new law allows wives to own land alongside her husband