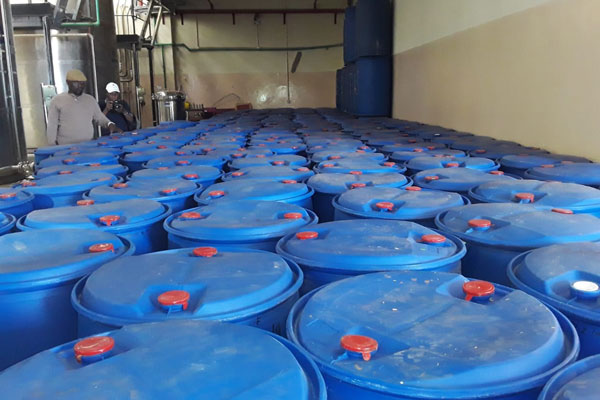 Over 6,400 Litres of Ethanol packed in 32-200L Drums covered with sacks of cassava were last evening seized at Suswa along Narok-Mai Mahiu Road.

The detectives intercepted the Mitsubishi lorry ferrying them to an unestablished destination.

According to the Directorate of Criminal Investigations, the occupants of the lorry jumped off the lorry into the wilderness, and are launching a manhunt for the suspects.

The lorry has since been impounded by Police as they begin investigating the matter.

Uzalendo News - August 9, 2020 0
A Sacramento priest has been exiled from the Roman Catholic Church by the Diocese of Sacramento for continuing to hold Mass and...