Home Newsbeat Defining Public Designation and why Busia Senator Amos Wako is in... 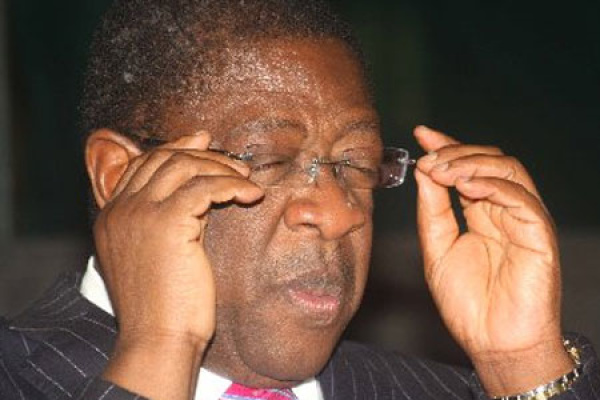 Yesterday the US Department of the State issued a ‘Public Designation’ to one Busia Senator Amos Wako, together with his family, restricting them from traveling to the USA, on grounds of ‘Significant Corruption’ witnessed by the State.

A Public Designation is sort of an executive order issued to an individual on grounds that the individual is not to visit a state, out of suspicion (arguable by law) that one is dangerous to the state.

Among those publicly designated include members of the outlawed terror groups such as Alshabaab and the Al Qaeda, suspected hitmen, terrorist organizations and corrupt businessmen and their companies.

According to the statement seen by the Uzalendo News team, the Secretary of State, Mike Pompeo, quoted a section of the American Constitution that justified his decision to bar the former Attorney General from US soil.

“… in cases where the Secretary of State has credible information that officials of foreign governments have been involved in significant corruption, those individuals and their immediate family members are ineligible for entry into the United States. “the statement read in part.

Despite not mentioning the specific “significant corruption” that the senator may have committed, the US state has the obligation to support the government’s commitment to fighting corruption, as part of its partnership efforts with the Kenyan Government.

” Today’s action sends a strong signal that the United States is a valuable partner in Kenya’s fight against corruption.  Economic prosperity for all Kenyans is only possible by defeating the scourge of corruption, which also requires a functional, fair, and transparent criminal justice system.” Read the statement.

Consequences of being listed as a Designated individual could mean a blow to the individual; Wako in this case. He might not be able to conduct business as a representative, with US-backed states, or even with the central government, because of the sanctions that come with going against a US advisory.

Many will be watching his next steps as he may consider challenging the case against him.