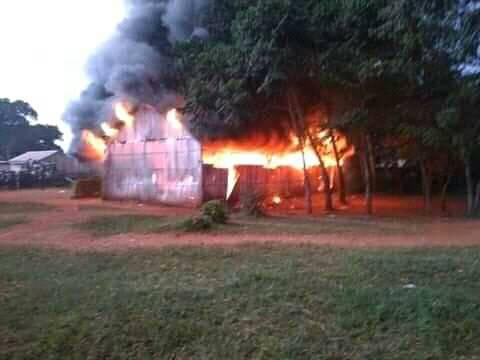 Police are camping at Sigalame High School in Funyula, Busia County after a fire razed down two dormitories Tuesday night.

The cause of the fire is yet to be known but police suspect arson.

This is the fifth fire to happen at the school which had just reopened.

The school was last month closed after a similar fire razed one of the dormitories.

Police believe the fire is started intentionally and want to get those behind the same.

No injury was reported in last night’s fire but many students lost their property.

Police say there is a marked rise in arson in schools.

In the past one week, five schools have been burned.