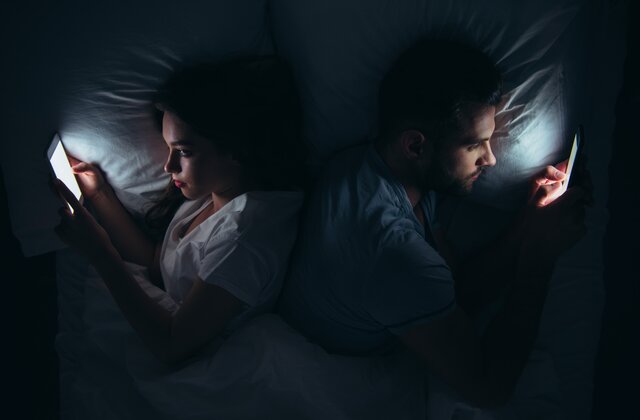 A new study discovered that if you prefer to go to bed and wake up later – a sleep chronotype known as being a night owl – you may be at a higher risk for type 2 diabetes and heart disease.

In the study, night owls were more sedentary, had lower aerobic fitness levels, and burnt less fat while resting and exercising than early birds.

According to a study published Monday in the journal Experimental Physiology, night owls were also more likely to be insulin-resistant, which means their muscles need more insulin to get the energy they needed.

“Insulin tells the muscles to be a sponge and absorb the glucose in the blood,” said senior study author Steven Malin, an associate professor in the department of kinesiology and health at Rutgers University in New Jersey.

“Think about it like water from a water faucet: You turn the water on and a drop touches the sponge and is immediately absorbed,” Malin said. “But if you’re not exercising, engaging those muscles, it’s like if that sponge was to sit for a couple days and get rock hard. A drop of water isn’t going to make it soft again.”

If sleep chronotype is affecting how our bodies use insulin and impacting metabolism, then being a night owl might be useful in predicting a person’s risk for heart disease and type 2 diabetes, Malin added.

“The study adds to what we know,” said Dr. Phyllis Zee, director of the Center for Circadian and Sleep Medicine at Northwestern University Feinberg School of Medicine in Chicago, who was not involved with the research.

All humans have a circadian rhythm — an internal 24-hour body clock that regulates the release of the hormone melatonin to promote sleep and ceases production so that we wake. Our body clock also directs when we get hungry, when we feel most sluggish, and when we feel peppy enough to exercise, among many other bodily functions.

Traditionally, sunrise and nightfall regulated the human sleep-wake cycle. Daylight enters the eyes, travels to the brain and sets off a signal that suppresses melatonin production. When the sun goes down, the body clock turns melatonin production back on, and a few hours later sleep arrives.

Your personal sleep chronotype, thought to be inherited, may alter that natural rhythm. If you’re an innate early bird, your circadian rhythm releases melatonin much earlier than the norm, energizing you to become most active in the morning. In night owls, however, the internal body clock secretes melatonin much later, making early mornings sluggish and pushing peak activity and alertness later into the afternoon and evening.

Sleep chronotype can have profound effects on productivity, school performance, social functioning and lifestyle habits, experts say. Early birds tend to perform better in school, and are more active throughout the day, which may partly explain why studies have found they have less risk of cardiovascular disease, Malin said.

Evening types may take more risks, use more tobacco, alcohol and caffeine, and are more likely to skip breakfast and eat more later in the day. In addition, research suggests “later cronotypes have higher body fat located more in the stomach or abdominal region, an area which many health professionals believe to be worse for our health,” Malin said.