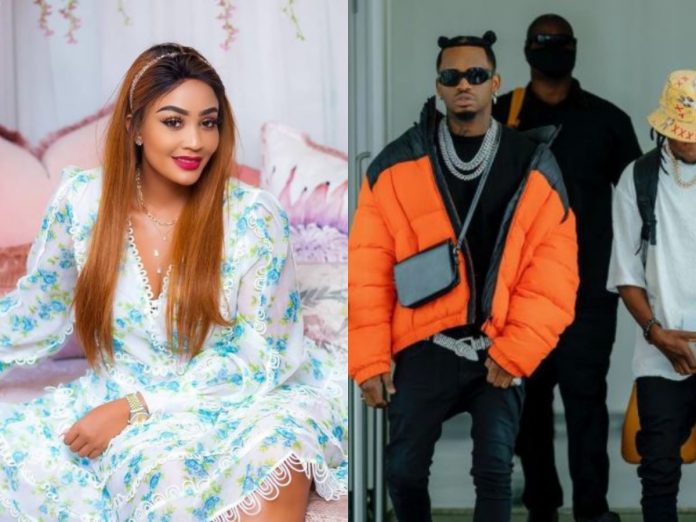 Boy from Tandale Diamond Platnumz is in South Africa as he prepares for his fourth album, three years after he released Boy from Tandale. – By Stephanie Mwangi.

On Wednesday Diamond paid his baby mama a visit Zari Hassan as he purposed to see his kids ,diamond and his team was received by Zari and his two kids and it was all smiles for them .

Basing on the fact that they are all Muslims ,Zari prepared a  full course meal for them ,  the two have been co-parenting for some time now and judging by the videos posted online it seems that everything is working out well for them as a family .

Diamond during a recent interview said that he feels privileged to have sired kids with Zari describing her as a very good and mature mother.